You Are Here: Home > Drive a Chevy Volt for Free

Drive a Chevy Volt for Free

Think about it - imagine yourself, cruising along in the sporty hybrid electric vehicle of the future all while watching those gas stations pass by, one after the other. The feeling of freedom on the road only tastes that much sweeter when it's paired with huge savings for the driver - and to McCluskey Chevrolet, that feeling is exactly the reason for making the 2017 Chevy Volt practically pay for itself.

But how, any driver might ask, can one realistically drive all that power and forward-thinking performance for free? The answer, it turns out, lies in the Volt's own amazing efficiency - and with the fantastic financing options available from McCluskey, you can see for yourself just how the 2017 Volt can save you in gas money as much or even more than the cost of driving the car itself.

Looking to enjoy a brand new 2017 Chevy Volt without dropping a dime? Here's a look at how McCluskey Chevrolet is helping customers drive a Chevy Volt for free, and how you too can get in on the action and be part of the future of efficient, affordable driving. 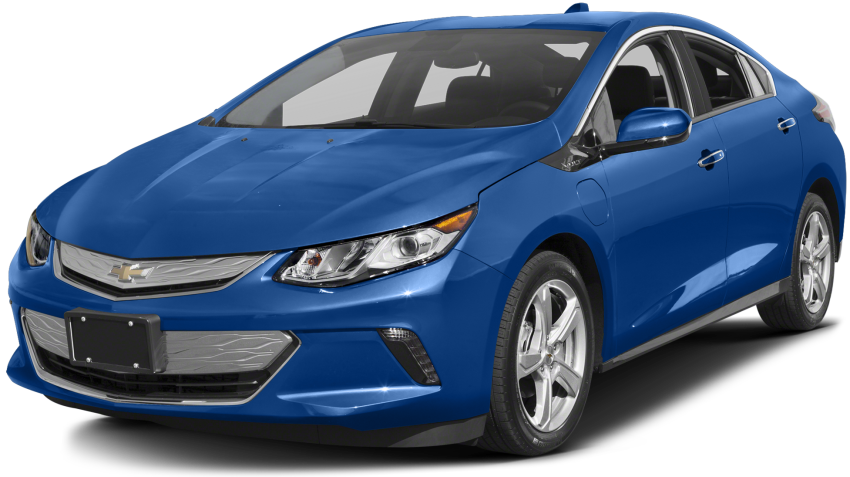 Drive a Chevy Volt For Free - Your Way

It's no secret where most car buyers spend the big bulk of their money on a new vehicle - although for those not willing to think long term, the answer may surprise you. That's because while many buyers simply see the up-front cost to own as the biggest expenditure in the process, it's actually those later costs - namely, the money you'll drop on gas when actually enjoying that new car - that will really do damage to your bank account. But the 2017 Volt, with its highly efficient electric motor, can offer such savings on fuel that you'll likely find yourself saving as much as you spend on this brand-new Chevy model.

It breaks down like this: in general, most drivers spend around $45 on gasoline per week - the average cost, factoring in average gas prices for the average commuter. Multiply that over 52 weeks per year and you're looking at somewhere around $2,340 per year - or around $195 per month - on gasoline alone. For many drivers, this burdensome budget buffer can come as an unaccounted for surprise expense, and can seriously pile on to the money you're already spending to lease or own the car you've chosen. In an electric model like the Volt, however, this expenditure stays firmly in your pocket - ready to go toward a more useful cause.

Through McCluskey, however, you can find a lease on the new Volt for just that amount - the $195 a month you'll already be saving by not using gasoline in your new Chevy. That means you'll be essentially driving your new Volt for free - all thanks to the amazing savings you'll see by ditching the pump and utilizing the cost-effective power of an electric battery.

Smart savers who recognize the value that comes with saving on gas expenditures will be pleasantly surprised to find the Volt practically paying for itself, meaning you can get in on the ground floor of this revolution in efficiency without meeting any unpleasant added costs that would come with a new gas vehicle.

Match these immediate savings you'll see at the pump with the federal and state tax incentives available to most drivers and you may actually find yourself making out better with the new 2017 Volt than any other car out on the market. When it comes to finding a vehicle with advantages that extend beyond the sheer performance you'll get on the road, the Volt certainly makes the investment worth your while and then some in the long haul.

See The Power Of Savings In Action 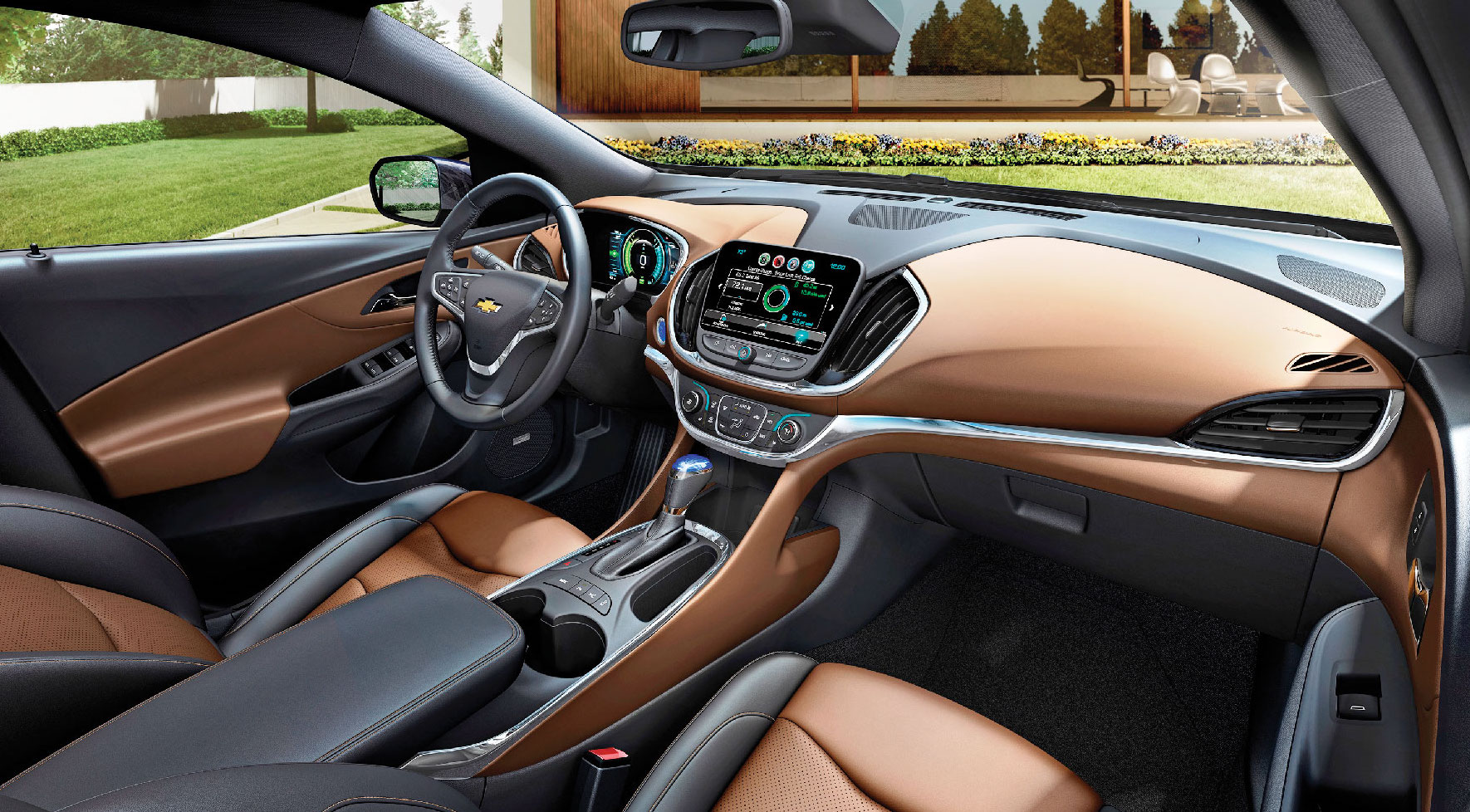 If you're not satisfied enough with the savings and security you'll get with this amazing Volt offer from McCluskey, then perhaps you simply haven't spent enough time driving this practical, impressive electric vehicle. Built to burn through up to 53 highway miles without needing a single drop of fuel, the 2017 Volt sets a new standard for what consumers should expect from an hybrid-electric vehicle - and with cost savings like these, we could all be looking forward to a brighter future of more efficient and more affordable cars.

Pushing 53 pure electric miles on a single charge - combined with the power-saving technology of regenerative braking and Start-Stop technology to reduce engine use when not in motion - the 2017 Volt seeks to eliminate gas from your vehicle's diet altogether for all but those long trips out of the city. That means most drivers will be able to go about all their usual daily driving without ever seeing that fuel gauge go down - just another way Chevy is working tirelessly to keep more of your money in your pocket.

Plus, even if you do end up pushing past that 53 mile pure electric range, you'll still find the Volt garners some incredibly efficient gas mileage, nonetheless. Chevy estimates up to 420 miles on a fully charged, fully filled Volt, with regenerative braking working all along the way to improve your mileage as you drive. At that rate, drivers can expect to go about 1,000 miles between fill-ups with regular charging, and that's by pushing the Volt to its limit every time. But in all practicality, you'll likely be filling up far less often than that - meaning serious savings on your end, and a great value for any driver interested in both saving money and in saving the planet.

Plus, this is one electric vehicle that won't leave you gasping when cresting those steep hills or taking on the rough roads ahead. Thanks to a powerful 1.5L direct injected high-efficiency engine, working in conjunction with an impressive lithium-ion electric battery, you can pump out a whopping 149 horsepower and 295 lb.-ft of torque, meaning no matter how far you roam you'll always have enough efficient power to make sure you can get wherever you're going. Pair this with little or no fuel usage and you've got one seriously effective hybrid that's ready for whatever road you're on.

Whether you're eager to jump on the latest and greatest driving technology that this classic American brand has to offer or you're simply enthralled by the prospect of saving hundreds on your new vehicle, there's probably no better option out there than the 2017 Chevy Volt - and when it comes to bringing you one of this year's most impressive new models for what amounts to zero dollars out of your own pocket, nobody offers a better deal than McCluskey Chevy.

At McCluskey, you'll find a talented team of sales experts and financial advisors to help you figure out the lease deal that works best for you. With just a little help from the experts at McCluskey and the wherewithal to know when a good deal is staring you in the face, it's easier than ever to drive a 2017 Chevy Volt for free when you make the smart decision and shop at McCluskey.

Head on over to McCluskey Chevrolet today and see for yourself just how satisfying it can be to own an efficient hybrid-electric vehicle that pays for itself, all while enjoying the luxury and comfort that comes from a modern Chevy vehicle. Take a test drive and experience just how great an offer the Volt can really be - and drive with confidence knowing you're shopping smarter for your new vehicle, and reap the reward with every mile you put behind you in the new 2017 Chevy Volt.