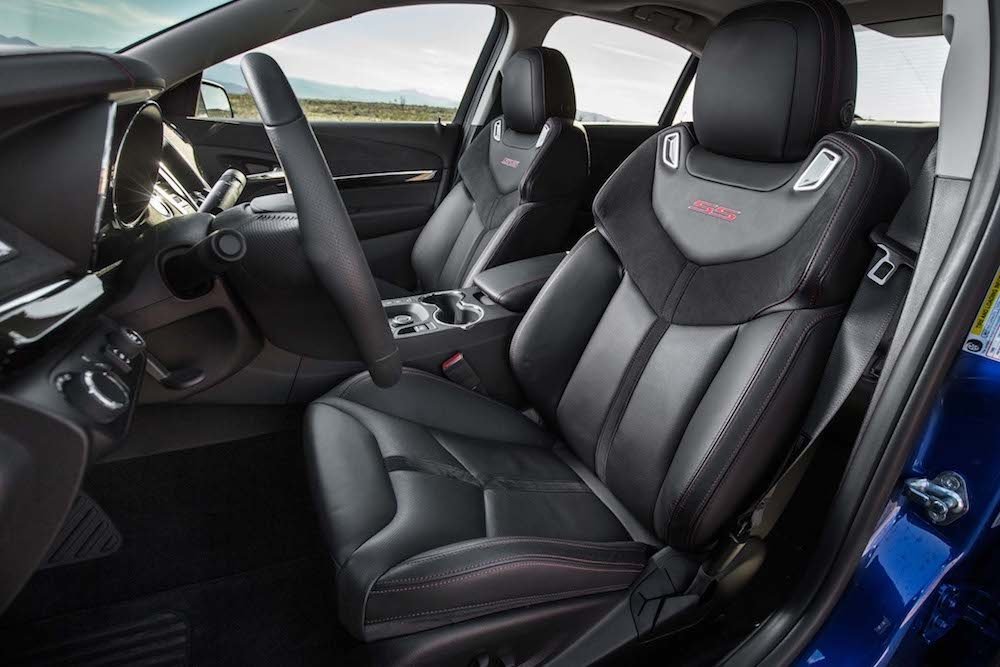 If you are sick of the average, non-sophisticated sedans available on the market today then maybe it is time to consider a 2017 Chevrolet SS, available at your local Chevy dealership in Kentucky.

The Chevrolet SS is not your run of the mill sedan. Not by a long shot. If the award-winning Chevrolet Impala and the iconic Chevrolet Camaro decided to have a love child, the SS sedan would be it.

Thankfully, the engineering and intuition of the Chevrolet design team, have already birthed this creation. The SS Sedan has the soul of a performance sports car, combined with the practicality and luxury of a high-class sedan. Starting at an MSRP of $46,625, the SS Sedan is reasonable and affordable.

The 2017 Chevrolet SS Sedan is a supreme machine. With a standard 6.2L V8 that delivers 415 horsepower and 415 lb-ft of torque, the SS Sedan will take you from 0 to 60 in just 4.7 seconds. Pulse-pounding performance is not optional with the SS, it is standard. A sport-tuned suspension, Brembo brakes, and a dual mode exhaust also come standard, meaning the 2017 Chevy SS Sedan has all of the agility, power, and performance that one could ask for.

A quiet cabin coupled with precision handling stems from the stiff engineering structure. Aluminum alloy 19 X 8.5-inch tires in the front, accompanied by 19 X 9-inch wheels in the back, gives the SS an aggressive stance, which adds to the powerful rear wheel drive performance.

Third-generation magnetic ride control gives the SS Sedan the performance and handling of a sports car with the quiet and smooth ride of a luxury sedan. You will have full command of the power of the vehicle, courtesy of the Tour, Sport, or Performance settings.

Chevrolet was not messing around when building this beast. The “legendary” small block V8 engine produces 415 horsepower at 5900 RPM. Hooked up to the rear wheel drive, a 6-speed automatic transmission, which can be changed between manual and automatic modes at the push of a button, is an amazing feature. Better yet, in manual mode, the driver can shift at will using the paddle controls on the steering wheel, or the shifter knob – whichever is more satisfying.

An engine cooler, as well as a transmission cooler, each keep their respective operating fluids at the optimal temperatures needed to reach the desired performance and forestall any fluid breakdown under peak performance. The SS has a MacPherson multi-link sports front suspension system with a direct acting stabilizing bar.

A rear independent multi-link suspension system also includes coil over shock absorbers, and a decoupled stabilizer bar. The rubber isolated suspension frame provides a body that is dampened from road abuse as well as the vibration produced by the vehicle.

The SS Features a Brilliant Interior

The 2017 SS Sedan is packed with extras that provide you with a comfort and luxury feel unlike any other. The 8-inch diagonal color touch display screen is tablet-like, able to access navigation via Chevrolet MyLink.

Bluetooth streaming audio is available on select phones, and the voice recognition system allows the user to place calls, or operate the audio and navigation functions by just asking aloud. Recognizable and popular apps like Pandora are installed as well.

Sirius XM Satellite Radio with a 12-month service is included in the SS. A USB port that connects compatible smartphones, which may then play music with the vehicle’s audio system. A 220-watt 9-speaker Bose Centerpoint Surround Sound System gives the SS a rich interior acoustic balance.

OnStar 4G LTE with a built-in Wi-Fi hotspot connects to the internet at 4G LTE speeds and is included with a 3-month or 3GB data plan, (whichever comes first.)

Other creature comforts and convenience features include a telescoping and tilt steering column, and leather wrapped steering wheel that has a redundant set of audio controls.

A HUD or Heads-Up Display projects a digital readout in color onto the windshield keeping the driver’s eyes on the road. Also, speed, tachometer, audio system information, high beam/ turn signal indicator, compass and exterior temperature, as well as phone info and turn-by-turn directions are broadcast by the HUD.

The SS has a unique feature called a retained accessory power supply. This feature makes it so that after the vehicle is turned off, you may still operate the audio, power windows, and sunroof for up to 10 minutes.

The radio will stay on until the driver’s door is opened and the power windows feature will shut off after any door is opened. A battery rundown system is also equipped so that in the event an interior light is left on, the car will shut the light off for you so that your battery is not drained. Keyless entry, cruise control, and a remote starter system are also equipped.

All in all, the SS Sedan is a car that has something for everyone. The rear spoiler 19’ cast aluminum wheels give the SS a look that certainly turns heads. Safety systems like 8 airbags, StabiliTrak stability control, and daytime running lamps keep you safe and secure. A rear vision camera and automatic parking assist are features standard in this luxury performance sedan.

The SS Sedan is available at your nearby Chevy dealer in KY. Test drive one today – the 2017 Chevy SS Sedan is a HOT ride!