You Are Here: Home > At Home Oil Change Horror Stories 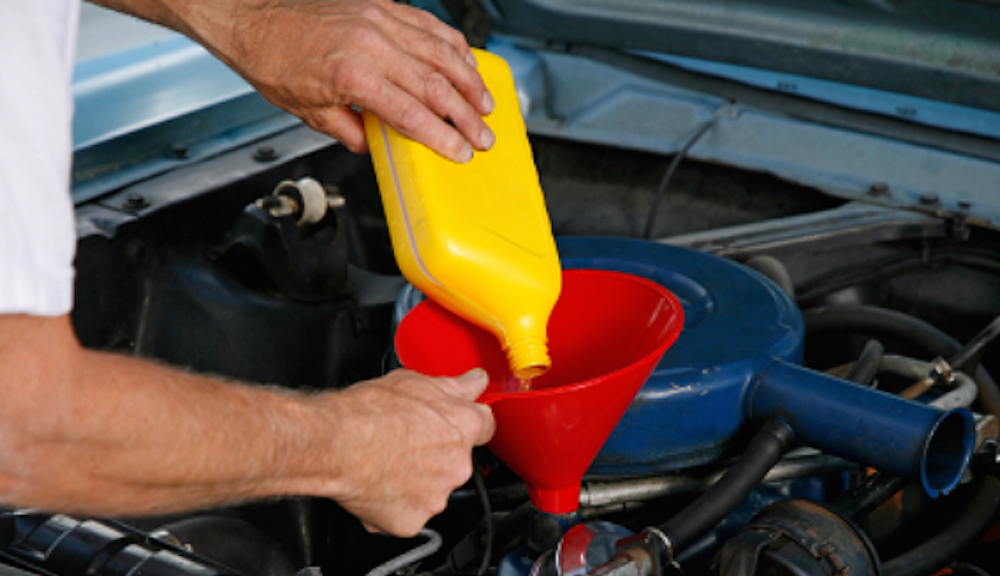 There are a lot of “do-it-yourselfers” out there who believe they can often do a particular job better than the experts. The logic makes sense. You can save a couple of bucks by avoiding any service fees and doing the entire project yourself. However, if you don’t have much expertise in the subject, you may actually be doing it all wrong.

This certainly applies to cars, as you often see plenty of owners trying to fix up their vehicles themselves. Many of these drivers are rather handy with a wrench, but there is also a group of uninformed owners who attempt to do the job… and fail horribly.

We’ve compiled some of the best (or worst) do it yourself oil changes below. When you see what some of these car owners eventually had to go through, you’ll understand why you should be pursuing a professional oil change in Cincinnati. 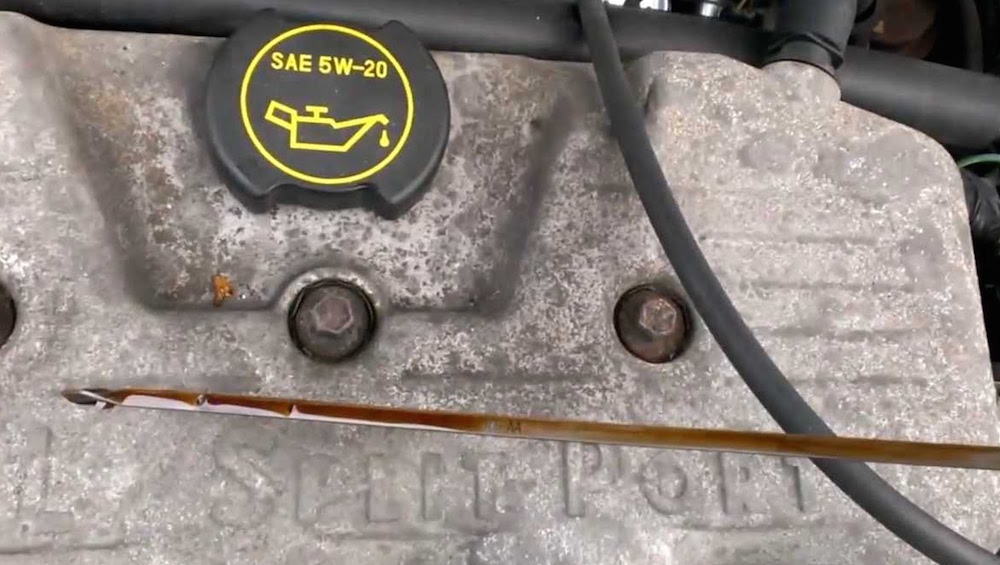 Our first example comes via Freddy “Tavarish” Hernandez of Jalopnik.com. The story is told from the perspective of a mechanic, but it still shows what could go wrong during a do-it-yourself oil change.

While many car drivers presumably wouldn’t come across this specific issue, there are several owners out there who are absolutely clueless about their vehicle’s mechanics. If you believe you fall into this category, you shouldn’t be fooling around by trying to fix the issue yourself… you should be visiting a mechanic from the get-go.

“One weekday we pulled in a 2nd Generation (‘91-’95) Ford Taurus Wagon into Bay #1. I was doing under hood, manager was doing cashier/paper work and of course we had a guy in the pit. I guided the middle aged woman driving into the bay and the manager greeted her and a senior woman (her mother or mother in law most likely) who was shotgun. The manager goes through the normal routine; park, engine off, pop hood.I open the hood and things looked mostly normal, I do not hear a peep from the tech downstairs in the pit. I take out the dipstick, wipe it, re-insert and pull out and notice something very unusual. The level was over filled, not by a little bit like say 1/8in, more like 2-2.5in over the full mark. At this point I take a knee to consult the tech downstairs and notify him of the situation. I am greeted with extremely wide eyes and whispers to me that “There is oil everywhere down here [on the car].” So I try to get the managers attention who attempting to sell the engine flush. He gets irritated at me as I try to interrupt him, but cuts the conversation short with the women. Both of us notify him of the situation and he checks the oil and brings the dipstick to the woman “Ma’m your engine is WAY overfilled!!!”She then tells us the story; She noticed that in the parking garage/place of her apartment that “kids” were draining the oil from cars (most likely enthusiasts doing an oil change marathon for neighbours/friends).

Paranoid that they had drained the oil out of her car she had gone and bought a couple of jugs of oil. She had then proceeded to fill up the 3.8L Essex V6 until she saw the oil level at the fill neck! Confident there was now oil in the engine, she drove the car. Probably do to the huge bunch of blue smoke, she had determined that there was a problem with the oil and brought the car in for a change. She had never consulted the dipstick, probably out of ignorance.We regrettably informed her that we couldn’t take the liability of working on the car due to the fact that there might be internal damage. She requested that we drain some out but the manager stuck to his guns and said that if it had got here it could make it to the mechanic. So we rolled her (preformed no service) with the engine still overfilled and told her to go a couple blocks to a mechanic.”

You’ll also want to be aware of what you’re putting into your vehicle. The following driver (via SubaruOutback.org) followed all the rules for a DIY oil change… although he forgot to account for the fact that his engine used a dry sump oil system. Most engines feature a wet sump, which allows the oil to be collected in the oil pan. In a dry sump, the oil is held in a pair of storing containers, meaning only the minimum amount of oil is sent to the engine.

This results in several advantages, including power and general capabilities… although it also means you can’t use oil that’s solely catered towards wet sump systems.

“I was responsible for another oil change horror story. I owned a Ferrari with a dry sump oil system. Problem was I did not know it was a dry sump or even what a dry sump was. I changed the oil, refilled it, then got cleaned up and went out on the town. Not too long after that the car was spewing oil from the oil reservoir. Luckily no permanent damage resulted; it was just a mess of oil.” 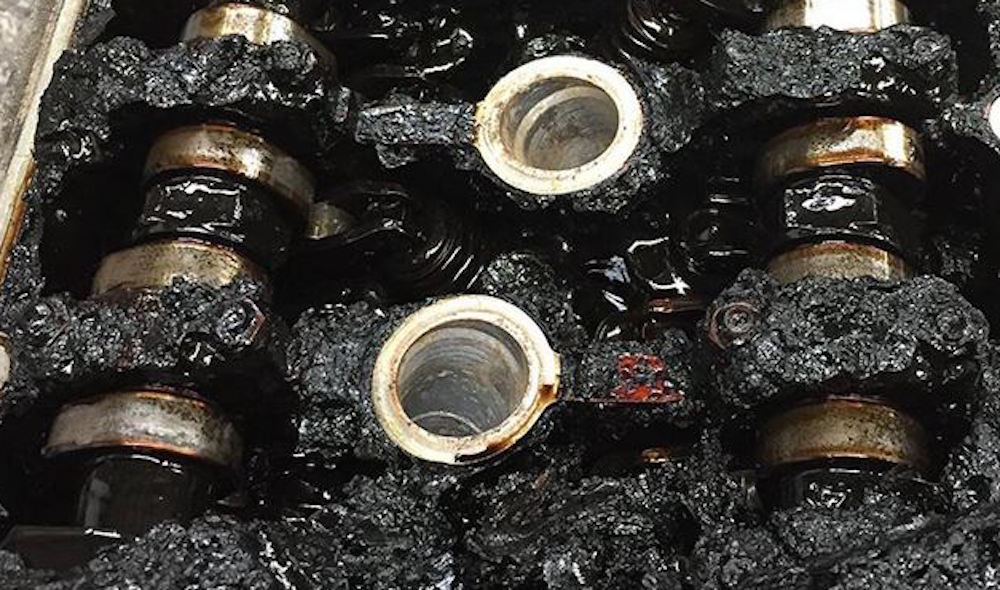 Believe it or not, there are several drivers out there who have been driving a car for years without getting an oil change. Some drivers believe that oil changes just aren’t necessary, and several car owners are either just forgetful or just plain ignorant to the process.

Since oil helps lubricate the entire system, you’ll be allowing all of the tiny components of the unit to rub against each other. You also won’t have any fluid filtering out all of the grime that develops, as you can see in the picture above. If you fail to get your oil changed, you may be eyeing a pricey investment, as you’ll learn in the story below via Car-Takumi.com.

“Anyway, following a hunch, we checked the oil dipstick, which was mostly bone dry, with a little baked on oil at the tip. Removing the oil cap, you could see the sludge. We had to ask, “When was the last time you changed your oil,” to which the answer was an incredulous “Never,” that is, not once since the complimentary 5,000 mile oil change. We had to sell a $6,000 engine to a customer who had only put 30,000 miles on his car. In real life, this should have lasted well over 200,000 miles!” 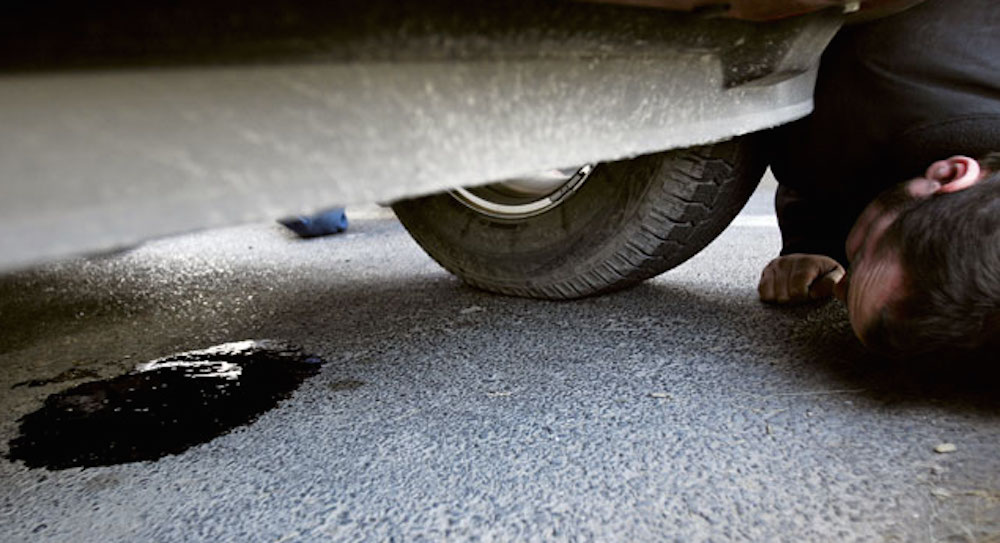 Finally, if you decide to do your own oil change… please make sure that you replace all of the previously removed parts! Otherwise, it may get a bit messy, as you’ll learn from this car owner on Texags.com.

“Never forget to put the drain plug back in. I did it once when I was very young (probably my second or third oil change ever, 16 yrs old). I put 5 quarts in. Never looked down (I was on a slight incline). Fresh oil everywhere. Freaking nightmare. To top it off, that was the only oil I had and my parents where out of town and didn’t leave keys to their cars. I had to put the old oil back in my truck (with a clean filter!) and drive to Pep Boys to get clean oil.”

As you can see, it’s better off to leave these types of car services to the experts. Unless you have experience repairing cars, it’s not worth the risk of compromising your engine and mechanics. While you may be trying to save a couple of bucks… you will probably be eyeing a pricier repair bill in the future.