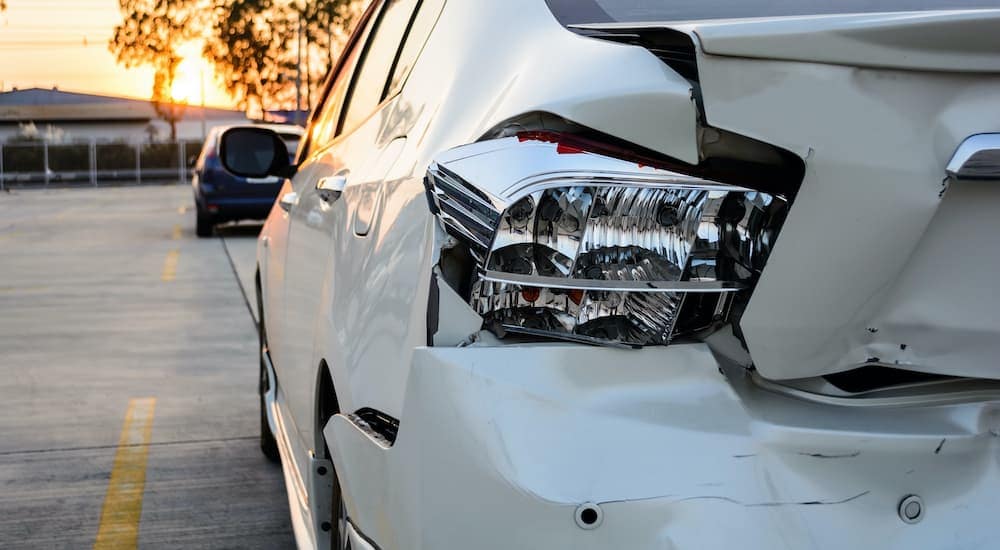 There are approximately 6 million car collisions in this country every year, according to data from the Centers for Disease Control and Prevention (CDC), National Highway Traffic Safety Administration (NHTSA), and the Insurance Institute for Highway Safety (IIHS). That’s a lot, which means that the average driver has a pretty good chance of being in a collision at least once during their lifetime. Here at McCluskey Chevrolet, our service center provides a lot of auto repairs in Cincinnati, so we see the results of these sorts of collisions all the time.

While we’re always happy to help our customers, especially those who need some repairs after a crash, we’d prefer everyone stay safe on the road. Even a minor fender-bender can be quite costly, and a real inconvenience; more significant crashes can result in greater expenses, the need for a new vehicle, and serious injuries. One of the best ways to avoid crashes is to drive defensively and understand the data, so you have a good sense of how collisions tend to happen. This can help you stay safer on the road and avoid becoming one of these statistics.

Are you ready for the harshest numbers? There were 33,244 fatal motor vehicle crashes in the US in 2019 (the most recent year with data), resulting in 36,096 total deaths. On average, 91 people die every day in car collisions, with 3 million people injured every year; about 2 million of those are permanent injuries. This is a nationwide fatality rate of 11 deaths per 100,000 people. We should also note the numbers for Ohio and Kentucky:

You can see that here in Ohio, the number of fatalities by population is just under the national average, but in Kentucky, the numbers are much greater. This is important because it’s easy to just look at the total numbers and feel like Kentucky roads must be safer, but once you consider the population, the reality is pretty shocking. No matter where you’re coming to us from, it’s important that you stay safe on the road and protect each other.

What You Drive Matters

It’s easy to assume that every car on the road must be the same in terms of safety, but that’s far from true. Not only do certain models have more safety features than others, but every vehicle is designed differently, and this can impact safety. What’s particularly interesting, however, is how the type of vehicle you’re in can determine just how likely you are to be in a fatal collision. In 2019, of the 36,096 fatalities in collisions, 12,420 of them were people in cars (34%), while 9,621 were people in SUVs (27%).

Studies have shown for many years now that SUVs are often safer due to their large design and how well they can absorb an impact. However, the downside of this is that large SUVs present a serious danger to sedans and smaller vehicles in a collision. A compact car will be fairly demolished by a large SUV if they slam into each other, which is one of the major reasons SUVs have become increasingly popular over the last few decades. It’s a good idea to keep this in mind when shopping for your next vehicle.

At this point, everyone knows that getting behind the wheel after drinking is not only reckless but also extremely dangerous. We’ve been hearing about the dangers of impaired driving from drugs and alcohol for decades, and everyone knows that the risks are high. Alcohol accounts for about 40% of all collisions on the road–by comparison, bad weather causes about 22%. Although there’s a lot of worry about distracted driving (see below), crash rates due to drugs or alcohol are 36 times higher than any distraction. After alcohol, marijuana is the drug most often connected to driving while impaired, and it’s just as dangerous as a high blood alcohol level.

Watch Out for Distractions

In 2019, at least 3,142 people were killed in collisions due to distracted driving, which can include anything from talking to a passenger to looking at your phone. With phone use going up over the last couple of decades, there’s been a lot of worry about how technology is creating more distractions while driving. Would you ever let someone blindfold you, then drive for the length of a football field down a busy street? We certainly hope not, yet the average look at a text means taking your eyes off the road for 5 seconds–at 55mph, that’s the length of a football field. If you’re speeding, then the distance is even greater, as is the risk of a crash.

And yet, technology is only one problem. According to a study in 2018, based on information from distracted drivers involved in fatal collisions, mobile phone use was only the second-most-common distraction, accounting for 14% of collisions. Adjusting controls in the vehicle, eating and drinking, and adjusting seats and mirrors each accounted for just 1% of these distractions. The single greatest cause of distraction, causing 61% of these fatal collisions, was simply being lost in thought or generally distracted. Driving is a serious responsibility, and all of us need to remember that, so let’s stay focused and get where we’re going safely. 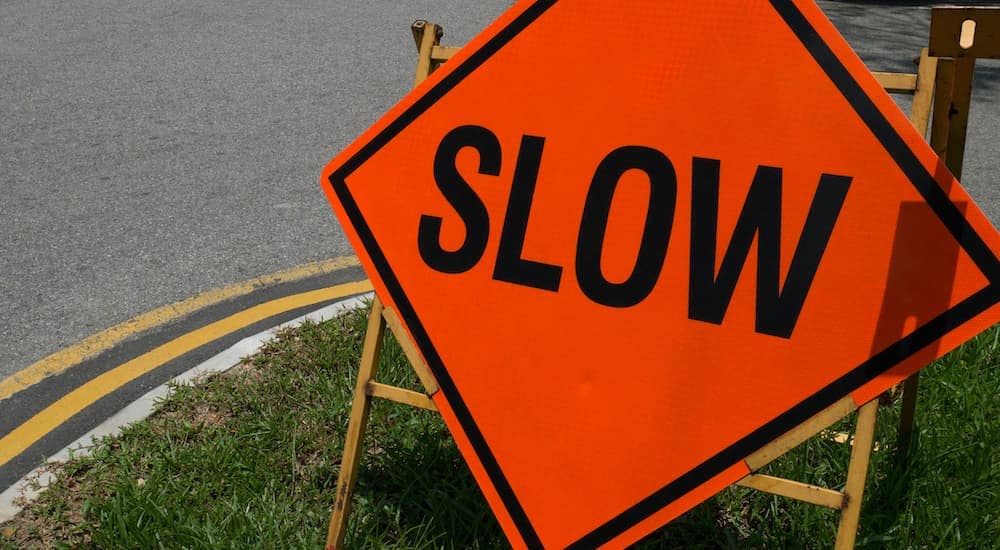 It’s Time to Slow Down

Many experts agree that the one factor that is most dangerous, that causes the most collisions, and that people can most easily control is speed. Over 50% of car crashes every year are caused by aggressive driving, and speeding is the most common contributor to that. In 2016, speeding caused 27% of fatal collisions, killing more than 10,000 people in the US. Speed was a factor in 31% of teen-driver fatalities (more on teens below).

National surveys have revealed that 42% of drivers said they don’t consider going 10 mph over the speed limit to be speeding, and data shows that drivers speed at least 10 mph over the speed limit more than half the time they’re behind the wheel. Even more shocking, 10% said they don’t think 20 mph over the limit is speeding either. And yet, an increase of 10 mph over the limit makes the risk of a crash 9% more likely. Speeding caused 31% of motorcyclist fatalities, 18% of car-driver fatalities, and 14% of non-commercial truck-driver fatalities in 2018. The numbers are clear–we could all use a bit more patience and slow down to get where we’re going safely.

Teens Are at Highest Risk

We don’t want to badmouth teen drivers too much because we love all the drivers on the road, regardless of age. That being said, the data is pretty clear that teen drivers are the ones at the highest risk. Drivers are most likely to be involved in a collision during their first year of driving, which is usually while a teenager. But it’s not just a statistical thing; teens also tend to have a lot of risky behavior. For example:

This is why safety features like the Teen Driver system in Chevy vehicles are so important. This system helps restrict certain features, like limiting music volume, and gives parents an in-vehicle report card so you can check on how a teen driver is doing. The first year of independence is the best time to reinforce safe behaviors and help a young driver avoid a potentially fatal crash. 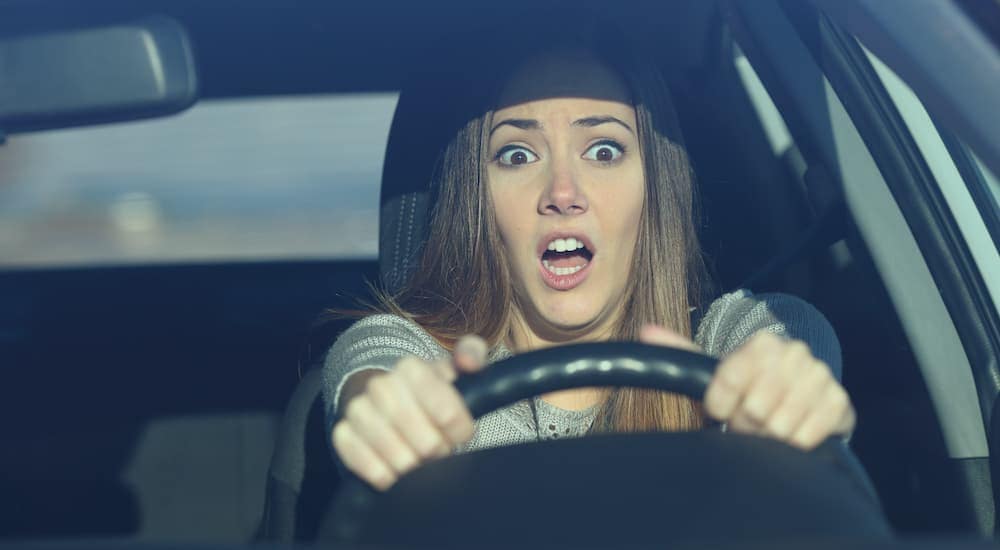 No matter how you look at it, the numbers are pretty clear: all of us have a responsibility to slow down, drive safer, and protect each other. The vehicles we drive are becoming safer than ever, with advanced technology to help us avoid crashes and powerful frames built to absorb the impact when the unthinkable does happen. But until our cars can drive for us (now only a couple of years away with GM’s innovative Ultra Cruise technology on the horizon), we need to do everything we can to keep each other, and ourselves, safe on the road. Driving is a joy and a privilege, but it’s one that we need to handle responsibly and always remember to proceed with caution.