You Are Here: Home > Classic and Contemporary Used Cars on Offer in Cincinnati

Classic and Contemporary Used Cars on Offer in Cincinnati

Nowadays, it’s easier than ever to find used cars in Cincinnati, Ohio. Previously, prospective car buyers were forced to visit a car lot to explore a dealership’s offering of used vehicles. This would be an all-day endeavor, as it could take hours looking through a business’s inventory of previously-owned cars. To avoid spending any more time at the dealership, buyers would often settle on a vehicle to avoid the ongoing inconvenience of used car shopping.

Fortunately, it’s plenty easy to purchase a used car in Cincinnati from the comfort of your own couch. For example, McCluskey Chevrolet (located at Kings Automall Drive) has an extensive online catalogue, so potential buyers can look through the dealership’s inventory without taking off their slippers.

McCluskey makes it incredibly easy to zero in on a specific vehicle. Instead of walking among rows of cars seeking your perfect fit, you can simply set filters to easily view all of the dealership’s applicable offerings! Drivers are allowed to sort by:

There’s no denying how easy McCluskey has made it to browse used cars in Cincinnati. Depending on your budget or needs, you may not even get a look at all that McCluskey has to offer. As a result, we’re going to take a look at some of the more intriguing options available at the dealership. Maybe you’ll keep some of these rides in mind the next time you’re searching for used cars in Cincinnati.

You’re probably not going to find a cooler used car in Cincinnati, and you definitely won’t find a pricier used vehicle sitting on McCluskey’s lot. Of course, the $88,000 is totally worth the price of owning a tiny piece of history.

This iconic Corvette is painted a striking red and white, taking the driver all the way back to the 1950s. The red interior is also a blast from the past, and you’ll surely get some admiring looks as you’re cruising down the street in this convertible.

While there aren’t specifics on the McCluskey website, we do know that the 1959 Corvette was originally equipped with the powerful V8 engine. Drivers could generally expect 300 horsepower from the unit, an incredible number for the 1950s.

Best of all, this vehicle only has 4,848 miles on the odometer. While you may prefer to keep the pristine Corvette sitting in your garage, there’s still plenty of life left in this iconic convertible.

You’re not going to find another used car in Cincinnati that matches this red pickup truck. The classic Apache is hardly seen on the road nowadays, and you can command attention from your fellow drivers while you’re driving around in this $30,000 pickup truck.

There aren’t a whole lot of details, regarding the truck on McCluskey’s website. The vehicle wasn’t necessarily known for its V8 engine, although the unit still managed to pump out an impressive amount of power. Rather, the vehicle was known for its sizable bed, which made the Apache a favorite among farmers and laborers. Furthermore, the vehicle featured larger-than-life brakes, making the pickup a reliable option in any weather condition.

Worried about investing that kind of money in a nearly 60-year-old vehicle? Well, considering the 13,533 miles on the odometer, you shouldn’t. This pickup truck can still be enjoyed as if it’s the late 1950s.

This is a big difference from the previously mentioned Corvette and Apache, but you’ll be just as impressed by this used car in Cincinnati. This 2016 Chevy Suburban is practically brand-new. The vehicle has been on the road for less than a year, and there’s a modest 15,480 miles on the odometer. For $57,994, you should expect to be able to travel in this vehicle for the next decade.

The long SUV is painted in an intimidating jet black, proving to other drivers that you’re not to be messed with. Meanwhile, the EcoTec3 5.3L V8 will have you keeping up with any rival vehicle on the road. The system is capable of pumping out 355 horsepower and 383 pounds-feet of torque, and drivers can also expect the system to deliver a 15 city/22 highway mile per gallon efficiency. Couple these specs with the impressive six-speed automatic electronic transmission with Overdrive, and you’re looking at one of the mightiest SUVs out there.

The vehicle is decked out in every accommodation a driver could possibly want. The SiriusXM radio will provide endless entertainment, and drivers can appreciate their music via the nine-speaker sound system. The front dual zone air conditioning unit allows passengers to enjoy their ideal temperature, and the heated reclining front seats will have your co-pilot dozing off in no time. 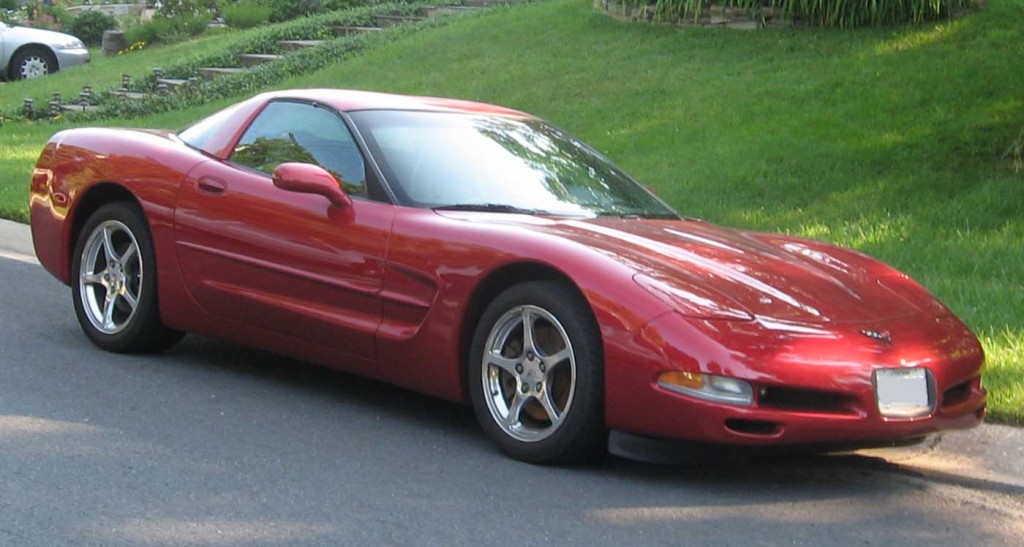 We hate to mention another Corvette, but this impressive coupe definitely deserves a spot on this list. The vehicle may have 50,677 miles on the odometer (explaining the affordable $16,751 price tag), but drivers will still have the opportunity to appreciate all this late-1990s Corvette has to offer.

It starts under the hood, which features the impressive 5.7L V8 SFI engine. The system is capable of pumping out around 350 horsepower and 350 pounds-feet of torque, and the six-speed manual transmission allows for an enjoyable driving experience.

The silver vehicle (featuring a black leather interior) includes a rocking six-speaker sound system and a classic AM/FM radio. There’s a host of safety functions, including traction control, antilock brakes, and speed control, and the dual-front impact airbags will keep occupants safe in case of an emergency.

Fortunately, McCluskey says the previous owner babied the Corvette (could you blame them?). That means you can get an impressive, unblemished, dependable sports car for less than $20,000! How can this not be among the top used cars in Cincinnati?

Drivers can do a whole lot more than browse McCluskey’s vehicles. Buyers can apply for financing and play with a payment calculator, thus avoiding any surprises when it’s time to make a purchase. Buyers can also get a value for their potential trade-in, allowing them to get some idea of how much money they can expect.

Furthermore, owners can order specific car parts for their vehicle via the service department, and they can even schedule an appointment if an issue pops up. When all is said and done, you can essentially do everything from your own house.

Those seeking used cars in Cincinnati might be looking for a variety of different vehicles. The snowy winters makes a sturdy, rugged vehicle a necessity, although it’s better to drive to the beach in a used convertible. As you’ve seen from the list above, McCluskey truly offers a wide assortment of different used vehicle types. Whether you’re interested in a newer SUV, a classic Corvette, or an iconic pickup, it’s all available.

So, if you’re seeking a used car in Cincinnati, there’s no need to panic. There are plenty of offerings to accommodate any kind of car buyer.