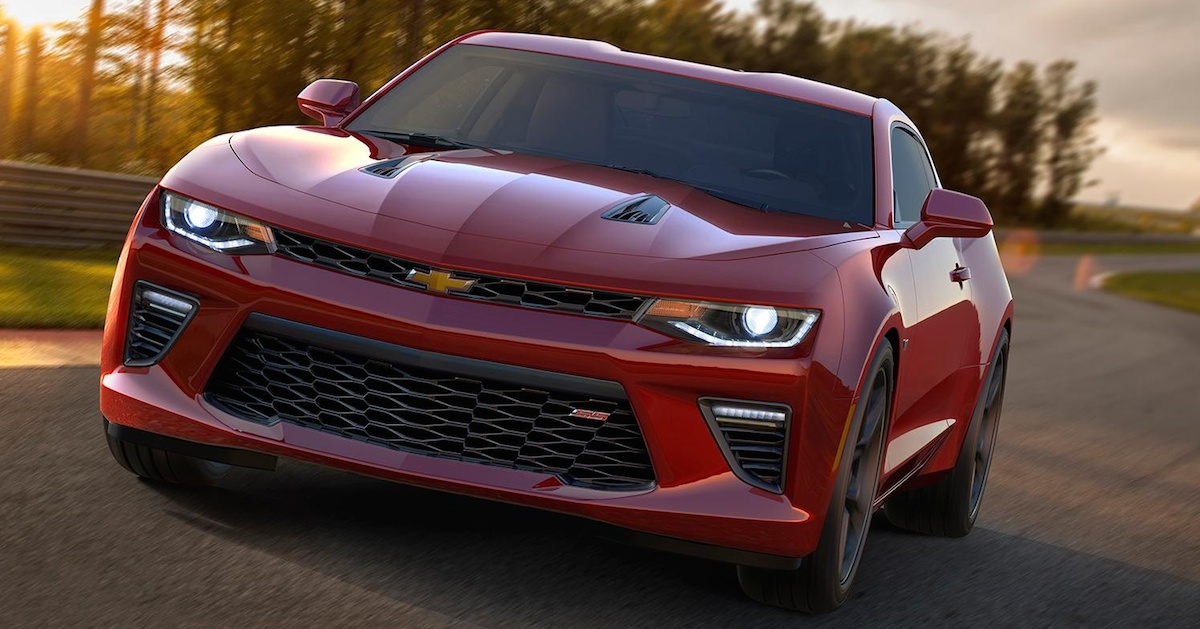 At last, the sixth generation of the Chevy Camaro is upon us and we’ve got the specs for your review. By year’s end, you’ll be able to lease or purchase the 2016 Camaro from your trusted Chevy dealers in Ohio. What makes the new Camaro so cool? What doesn’t?

Check out the Camaro’s new bells and whistles…

Although the end of 2015 is less than four months away, it seems an eternity to wait for this stunning sixth-generation Chevy Camaro, already touted as the most powerful Camaro to don the Chevy bowtie.

Flexing plenty of muscle, the 2016 Chevy Camaro boasts three engine options, and has dropped 200 pounds from its previous weight. The lighter Camaro comes in two body styles – the LT and SS – both broken down across four trim levels: 1LT, 2LT, 1SS, and 2SS, available as either a coupe or convertible. Starting with the LTs, expect power from the brand new 2.0-liter Turbo engine, able to produce 275 horsepower, which fires it from zero to sixty mph in just under six seconds. Up next, the new 3.6-liter V6 generates 335 horsepower and 284 lb.-ft. of torque, returning the most powerful output from a naturally aspirated V6 engine from the whole sports car class. But, if you want the most power at your command, the 2016 Chevy Camaro, equipped with a refreshed 6.2-liter LT1 V8 engine roars at 455 horsepower and 455 lb.-ft. of torque. This is unparalleled power, the likes never seen before from a Camaro SS.

Depending on the trim level you choose, customization is almost limitless, thanks to the availability of five package options: the RS Package, the Brembo Brake Package, the Heavy-Duty Cooling and Brake Package, the Convenience and Lighting Package, and finally, the Technology Package. Take a look at what each has to offer…

If you choose the 1LT or 2LT model, you can further customize your 2016 Chevy Camaro with the RS Package, which adds 20-inch wheels, featuring a five-spoke design and painted gray, along with HID (High Intensity Discharge) headlamps with LED signature, complemented by LED tailllights, and rounded off by an RS-specific grille and rear spoiler.

This performance braking package is available on the 1LT or 2Lt and offers a Brembo four-piston front braking system, in line with the one seen on the Camaro SS.

The Heavy-Duty Cooling and Brake Package

From this package, expect the 3.6-liter V6 to feature an external engine cooler, supported by an enhanced engine cooling system, and the four-piston setup from the Brembo brake package. In the Camaro LT with the turbocharged four-cylinder, you’ll get the same in addition to an auxiliary radiator to better cool the coolant in the engine.

But keep in mind that this package can only be added to those Camaro 1LT and 2LT models which also have the RS Package.

The Convenience and Lighting Package

This package option is exclusive to the 2016 Chevy Camaro 2LT.

You can up the tech game in the Camaro 1LT base model by accessing the Technology Package. If you opt for this package, expect to enjoy upgrades like the Chevrolet-exclusive MyLink touchscreen infotainment system, which broadcasts via the nine Bose speakers.

Just to clear up the availability of these packages, and how they correspond with trim levels, the V8 models, like the Camaro 1SS and 2SS, already have most of these features as standard fare.

But, that doesn’t mean the customization stops here.

In fact, check out the Camaro Visualizer, an online tool that lets you consider and compare customizations just by clicking the link. You can mix and match options, stripes, wheels, cabin accents, and various other accessories.

Coupe or Convertible – That is the Question…

For some at least. Most of us know exactly which side of the debate we fall on with respect to coupes or convertibles.

If you happen to err on the convertible side, you’ll be impressed by the new, totally electronic convertible top, which lowers at the press of the overhead console button or key fob. Sudden pop up sun shower? No problem. You can operate the drop top even while traveling at speeds of up to 30 mph.

Pricing was recently released for the 2016 Chevy Camaro, and you can expect its sticker to start at $26,695, while the base price for a Camaro with V8 equipment rests at $28,190. Now, serious power calls for serious shekels and the 2016 Chevy Camaro SS, the most powerful of its kind, starts at $37,295.