You Are Here: Home > History of the Corvette Z06 – A Supercar Made for Racing

History of the Corvette Z06 – A Supercar Made for Racing 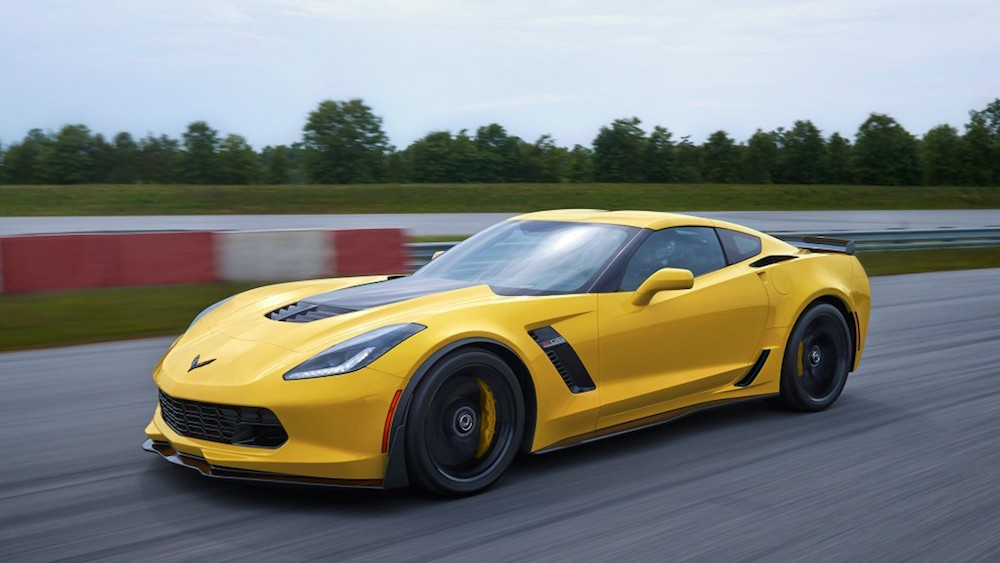 With the release of the 2016 Chevy Corvette Z06, which is the fastest Corvette ever produced, I think it’s necessary to give the Z06 some history. It’s not like this Z06 became the fastest Corvette overnight; it took years of tweaking and improving in order for the Corvette to get to where it is today. It all started back in 1963, when the Z06 was introduced as an option package. At this time, it was directed for those who wanted to use the Corvette on the track.

That fact remains true today, but now it’s offered as it’s own model that’s based on the Stingray design. The modern Z06 is still track-oriented, but has evolved to be a vehicle that would love its previous generations in the dust. In honor of the new Z06’s evolution, let’s take a look at the history that it was built upon.

It All Started with Zora

Zora Arkus-Duntov is the legendary Corvette engineer that got the Z06 its start. Since he was also a race enthusiast, he wanted to give the Corvette a package that would allow it to perform competitively on the track. 1963 was the year that he was able to successfully lobby for the Z06 racing package, giving the 1963 Corvette its first taste of racing blood.

Since his introduction of the Z06 package, the Corvette Z06 has been around for 4 out of its 7 generations. With each new generation bringing a fiercer and stronger Z06 to the table.

The Z06 package came about in the second generation of the already highly-praised Corvette. Duntov made sure that if you selected the Z06 package on the 1963 Corvette, you would get a Corvette that was bred for the track. The first option package offered for the Corvette added a thicker front stabilizer bar, diameter shock absorbers, and springs that were almost twice as stiff than the ones on the standard Vette.

In order to further enhance the handling prowess of the new race-track monster, the Z06 package also included upgraded brake components with sintered-metal brake linings. These brakes resisted wear and tear better than the standard brakes, as well as the heat generated from the harder stopping-power required for a performance car. The Z06 also featured a dual-circuit master cylinder and vacuum brake booster.

These components not only enhanced the safety of the Z06 when on the track, but also helped reduce braking effort.

The Z06 needed to be enhanced in terms of the amount of fuel it could hold. A bigger fuel tank meant that racers could stay on the track longer, not spending as much time tanking-up. The fuel tank was a 36.5-gallon monstrosity, so it’s only natural the Z06 of 1963 got the nickname “big tank” or “tanker.”

This bigger tank was originally too large for the convertible model at the time, and could only be offered on the coupe. Chevy revised the package later on, and this made the 20-gallon fuel tank standard and the big tank optional. The introduction of this new fuel tank was possibly the most significant racing enhancement the Z06 received at the time. 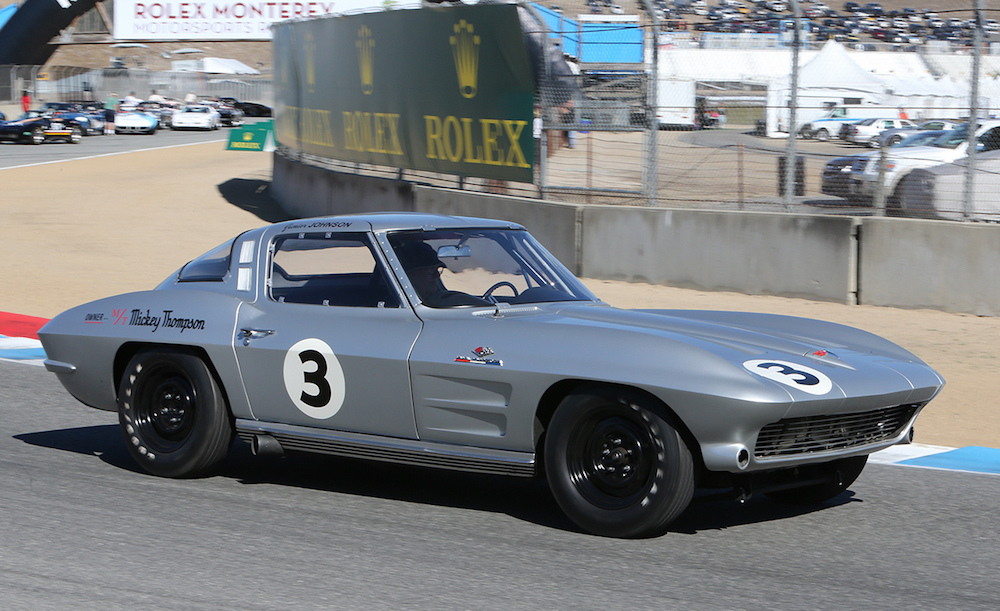 This advanced system was able to deliver fuel to the system in a more precise and quicker manner, allowing the Z06 to be one of the best track cars around.

In 2001, the Z06 was no longer a package; but it’s own model. At this time, the Z06 was reintroduced as a special 2001 model. Much like the 2016 Corvette Z06, the 2001 Z06 was a landmark in Corvette history. The performance was better than ever, and this was thanks to the redesign it received.

The engineers wanted to make sure this new Z06 would be the best performing one yet, so they made sure to provide it with lighter components. A limited hardtop body was introduced, which had a fixed-roof design that was stiffer and lighter than the one on the coupe. It also saw the introduction of thinner glass, lighter wheels, a titanium exhaust system, and even a lighter battery.

The result was a weight-loss of about 100 pounds, which helped create an even faster car when paired with the upgraded engine.

Thanks to the weight loss and improved engines, the 2004 Z06 was able to complete the infamous Nürburgring road course in Germany with a time of just under 8 minutes. 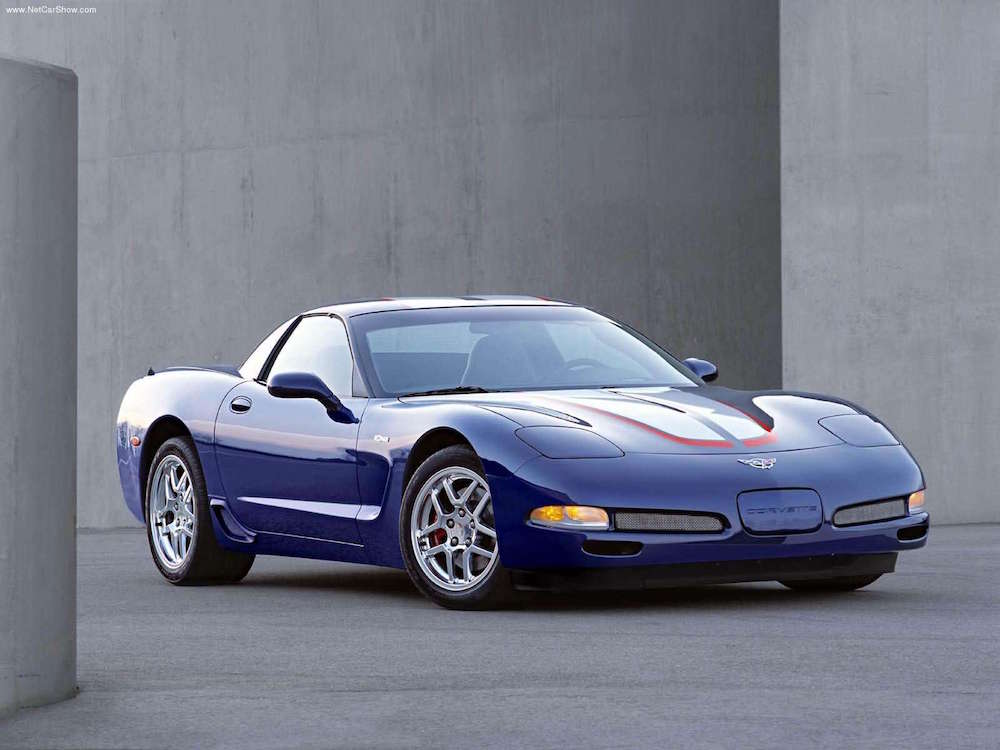 The third installment in the Z06’s legacy was yet another earth-shattering one. The Z06 was now able to compete with the world’s most capable supercars, with a 6:2:1 power-to-weight ratio. This power-to-weight ratio was one of the best ones in the world, and allowed it to attain 0-60 in 3.7 seconds.

This generation also saw the introduction of a first ever aluminum frame, resulting in another 136 pound weight loss. Allowing this generation Corvette to weight in at 3,130 pounds. This aluminum frame is still present in the Z06 today, and has been enhanced even further to make the Vette stronger, lighter, and faster.

The 7.0-liter LS7 small block engine was introduced to this generation of Corvette, which made it (again) the fastest Corvette ever produced during this time. This was thanks to the new lightweight frame that was produced, which worked in tandem with the small-block engine that put out 505 horsepower.

In 2012 it was tested on the Nurburgring track yet again, and was able to complete it in 7 minutes and 22 seconds, already almost a whole minute faster  than the previous generation.

Now, we have the 2016 Corvette Z06. The supercharged engine on it was first offered in the 2015 model, and it’s the strongest engine yet. The supercharged engine on the 2016 Z06 puts out 650 horsepower with the same amount of pound-feet torque. The 2015 model also saw the introduction of an automatic transmission which carried over to the 2016 model, and actually outperforms the manual transmission. The 2016 Z06 is based on the 2016 Stingray design, but adds a slightly wider frame and tires, making the 2016 Corvette an even more aerodynamic vehicle.

It’s clear to see that since the Z06 was created by Duntov that it’s only gotten better. Each generation of the Corvette got lighter as the horsepower got bigger. This was the key to its success, and is why we now have a supercar monster that’s designed to dominate the track.