How Much More Efficient Are Hybrids and EVs?

There’s a big spotlight on the hybrid auto market this year, and for good reason: worries about climate change has pushed emissions regulations up, consumers are still wary of rising gas prices, and the hybrid models themselves, like the 2016 Chevy Spark EV have gotten so incredibly good that they’re beginning to seriously rival their all-gas siblings.

Now that consumers are beginning to consider a hybrid car as a good option for a daily driver, it only makes sense to see how good these cars actually are compared to their conventionally-powered counterparts. Here’s a list of some of the most impressive discrepancies between the gas and hybrid models that we think speaks volumes for the potential of hybrid models to really carve out their share of the market. 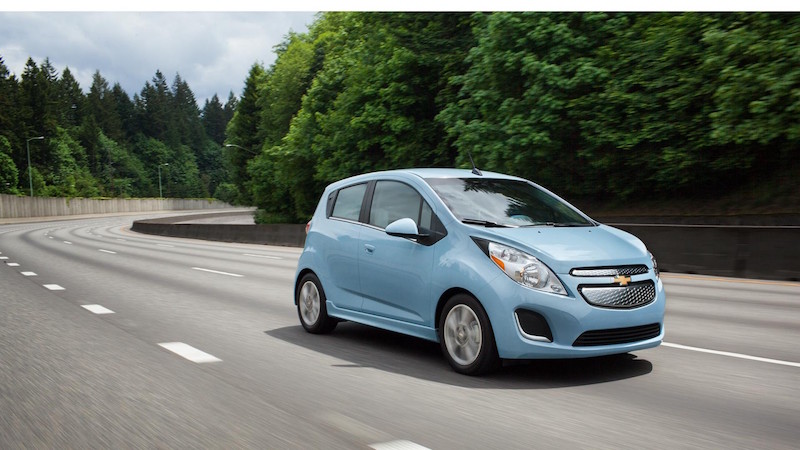 The 2016 Chevy Spark is already an impressively efficient model, boasting an incredible 41 MPG highway with its powerful 1.4L EcoTec four-cylinder engine. Boasting plenty of customization options and a host of luxury features, the Spark is an excellent and gas-conscious little compact that’s great for city driving.

That’s why we’re so blown away by the 2016 Chevy Spark EV, Chevy’s all-electric companion for the gas-driven Spark. This EV completely tops the charts with a 128 miles-per-gallon equivalent fuel efficiency on its all-electric battery – meaning the Spark EV can get you over three times as far on electric power than gas. And with an 82-mile electric range, you’ll likely be able to do all your daily driving on a single charge. And with this EV capable of 0-60 miles per hour in just 7.2 seconds alongside a best-in-class 327 lb-ft of torque, drivers surely won’t be left wanting for performance from this unbeatably efficient compact.

Part of what makes the spark so efficient, aside from its lithium-ion battery, is Chevy’s regenerative braking technology, which can capture the energy produced while braking or going downhill and store it in the battery for use powering the drive unit. This helps not only improve efficiency but also extends the battery range even further.

For those looking for the ultimate in efficient alternative-fuel vehicles, few can really beat the 2016 Chevy Spark EV.

The next impressive hybrid model is also a Chevy, this time a part of Chevy’s legendary Malibu line. The 2016 Chevy Malibu LT Hybrid, borrowing a powertrain system from Chevy’s also-impressive Volt hybrid, manages to offer a hybrid version of a very popular car that actually costs about the same ($28,645) as its gas-powered counterpart ($28,620 for the 2LT trim level).

Perhaps most impressive about the Malibu Hybrid is that it not only beats the Volt in terms of fuel efficiency (48 MPG on the full-hybrid Malibu compared to a 42 MPG Volt not in pure electric mode) but that it does so without ever being plugged in. In fact, the Malibu Hybrid doesn’t even feature a charging port – the battery is completely powered through regenerative braking technology.

The Malibu Hybrid’s all-new direct-injection 1.8L 4-cylinder engine, paired with a two-moto electric drive unit, boasts Exhaust Gas Heat Recovery technology to recirculate exhaust heat to warm the cabin and improve engine performance. And, with an 80-cell, 1.5 kWh lithium-ion battery pack that can power the Malibu on it own up to 55 miles per hour, this hybrid definitely lives up to the performance expectations of a Malibu – and does it with much better efficiency. 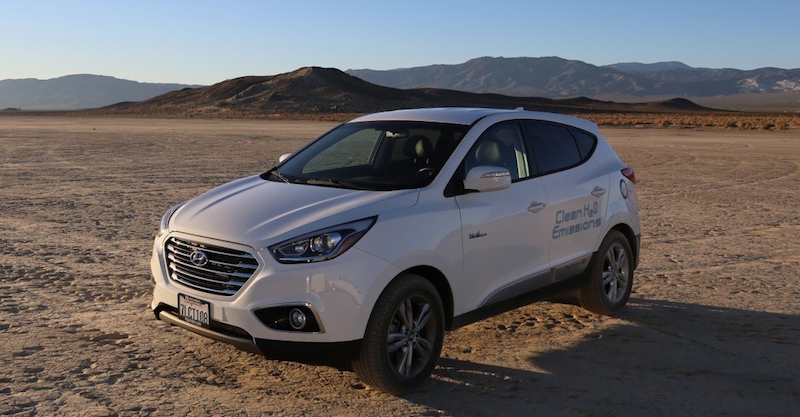 If you’re looking to totally step away from fossil fuels in your automobile – including electric power – and eliminate your emissions, then the rising discussion around fuel cell-powered vehicles will definitely be for you. These vehicles not only run on environmentally-friendly hydrogen fuel, but their only emission is also pure water. And with the new Fuel Cell Tucson from Hyundai entering the market as the first mass-produced fuel cell vehicles, it’s looking like this technology could be at your doorstep in a very short time.

Boasting nearly double the city fuel efficiency and a notably improved highway efficiency, the Fuel-Cell Tucson cleanly outperforms its all-gas counterpart while maintaining 134 horsepower and 221 lb-ft of torque for all of the same performance pleasure. Drivers can still rely on this fuel cell vehicle to get them where they need to go with its 256-mile range on a single tank of hydrogen fuel.

While this vehicle is still limited in availability and only offered to drivers in Southern California because of the shortage of hydrogen fueling stations nationwide, we’re hoping to see it become more readily available as more hydrogen stations are built. In the meantime, those who have managed to get one can enjoy as much driving as they want, since the cost of all of your hydrogen fuel is included in the cost of your Tucson – meaning you’ll never pay to fill up again.

Kia has also jumped hard into the electric vehicle game with the new Kia Soul EV for 2016, a surprisingly capable little subcompact electric vehicle with an impressive 27 kWh lithium-ion electric battery that can pump out 109 horsepower and 210 lb-ft of torque over a 93-mile electric range.

As with all electric vehicles, the Kia Soul boasts near-instantaneous acceleration thanks to its electric drive motor which, lacking many moving parts that need to “spin up” can accelerate almost immediately as soon as you hit the gas.

While the Soul EV does not quite match the electric capabilities of the 2016 Spark EV, which outperforms the Soul in range and MPG efficiency. The Soul EV does boast a comparable improvement over its gas-powered counterpart that could set the tone for improvements in hybrid technology later on down the road.

While these hybrids and EVs are by no means the most efficient or the most impressive examples of alternatively-powered vehicles, they are quite impressive in the way they can take an already exceptionally efficient model and really crank up the efficiency in the name of cleaner and more sustainable fuel sources. With improvements like this already in the works, we can’t wait to see what the future holds for hybrid vehicle technology.