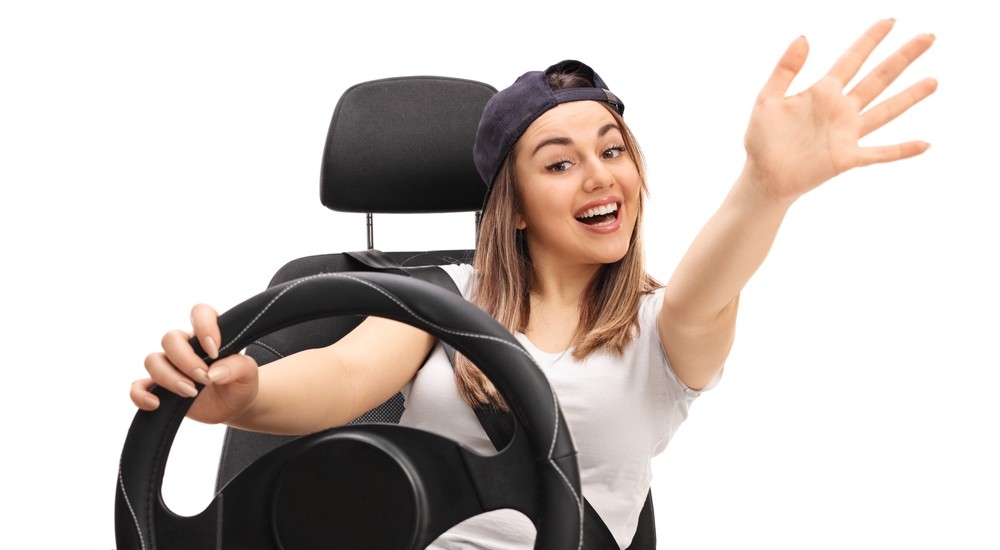 When it comes to teen driver safety in Ohio and the city of Columbus, statistics show that our state falls woefully behind the rest of the country. Recent studies rank Ohio nearly at the bottom of all U.S. states, 49th to be exact, when it comes to laws that protect teen drivers. Young driver crash rates in Ohio remain unnecessarily high and have rapidly increased in recent years.

But Ohio legislators are trying to change that statistic.

In 2016, approximately 8,300 injuries and fatalities occurred in Ohio teen driver crashes, according to a raft of Ohio newspapers. This is a 15-percent increase from 2014 and equates to an average of 23 injuries or fatalities every day involving a teen driver, say the articles. Ohio government has proposed a new law that will modernize Ohio’s young driver licensing system by making two adjustments:

Chevy understands that driver safety is at the top of the list for every family around the country, especially those with new teen drivers. The statistics are alarming. Nationally, only 55% of high school students wear seatbelts when riding with someone else. Teens are more likely than older drivers to speed, according to the CDC. About 93% of teen drivers play loud, distracting music behind the wheel, according to a study in cars.com.

We’re pleased to be a Chevy dealer in Columbus that promotes safe teen driving habits. Our management team feels strongly about encouraging safer driving habits, especially among this population.

One of the most popular methods to promote safety is Chevy’s leadership as the only car company to offer Teen Driver technology with an in-vehicle report on many of its models. It automatically turns on available active safety technologies like side blind zone alert, forward collision alert, and front automatic braking in your Chevy. Plus, it gives parents a tool to start a discussion and change some of the driving mistakes their children or other new drivers make on the road.

How can Teen Driver technology help your Ohio child?

Teen Driver is an available built-in system that helps you protect and teach your new driver, even when you’re not sitting beside them.

Here’s how it works. Parents can set up Teen Driver by entering a private PIN to access the Teen Driver menu on the Chevrolet MyLink display and register a key. When your teen drives your Chevy with the registered key, Teen Driver enables its various features. When Teen Driver is activated, the radio is muted until front-seat occupants are wearing their seat belts. If the driver exceeds a preset speed, audible and visual warnings are triggered, reminding the driver to slow down. It allows you to set speed alerts and a volume limit. Plus, it offers the industry’s first and only in-vehicle report card. This gives you, the parent, an easy way to track your teen’s driving performance. When the car returns home, parents can access some of their child’s driving statistics like distance driven, maximum speed, and the number of times certain accident-avoidance features were activated.

Automobile manufacturers like Chevy are keen to develop additional smart technologies in their vehicles to help keep young drivers safe. For example, Chevy has equipped its electric Volt vehicle with 10 air bags and smart sensors that are designed to adjust frontal air bag inflation according to the severity of a crash. When the air bags deploy, parents need not worry because its built-in sensors will automatically alert an OnStar Advisor, who is connected to your Volt to see if you need help.

The Insurance Institute of Highway Safety named the 2017 Chevy Volt as one of its safest vehicles for teen drivers. It features innovative safety systems and cutting-edge response technology for Volt drivers – all designed to help protect you and your teen driver before, during, and after a possible collision. The Volt is equipped with available lane keep assist and lane departure warning alerts to help teen drivers avoid crashes. If your teen driver goes into reverse, the Volt’s rear cross traffic system provides alerts so as not to crash into cross traffic. Forward collision alert provides the teen driver with camera technology to alert them to slowing vehicles or if they are following a vehicle too closely.

An article published by U.S. News & World Report identified the best cars to keep teen drivers and their passengers safe. Of the choices, Chevrolet had two vehicle mentions: the Chevy Sonic and Chevy Malibu.

Another top pick among Chevy vehicles for young teen drivers is the Chevrolet Malibu. This midsize vehicle is equipped with Chevy’s popular Teen Driver technology. Driver-assistance features available in the Malibu include blind spot monitoring, lane departure warning, forward collision warning, automatic pre-collision braking, rear cross traffic alert, and parking sensors. In addition, it is a standout in terms of crash test scores, with a Top Safety Pick+ award from the IIHS and a perfect five-star overall rating from NHTSA.

High school and college will be beginning soon in Ohio and our neighboring states and that means more teen drivers will be on the road, going to class or after school activities. Experienced drivers will need to be more aware of these new drivers and potential hazards.

In the end, the goal is to reduce highway fatalities and crashes in Ohio, especially among new drivers and teens – saving their lives, as well as others.

As a proud Chevy dealer in Columbus, please visit our McCluskey dealership to see Teen Driver in action and learn more about our safety mechanisms for you and your new teen driver