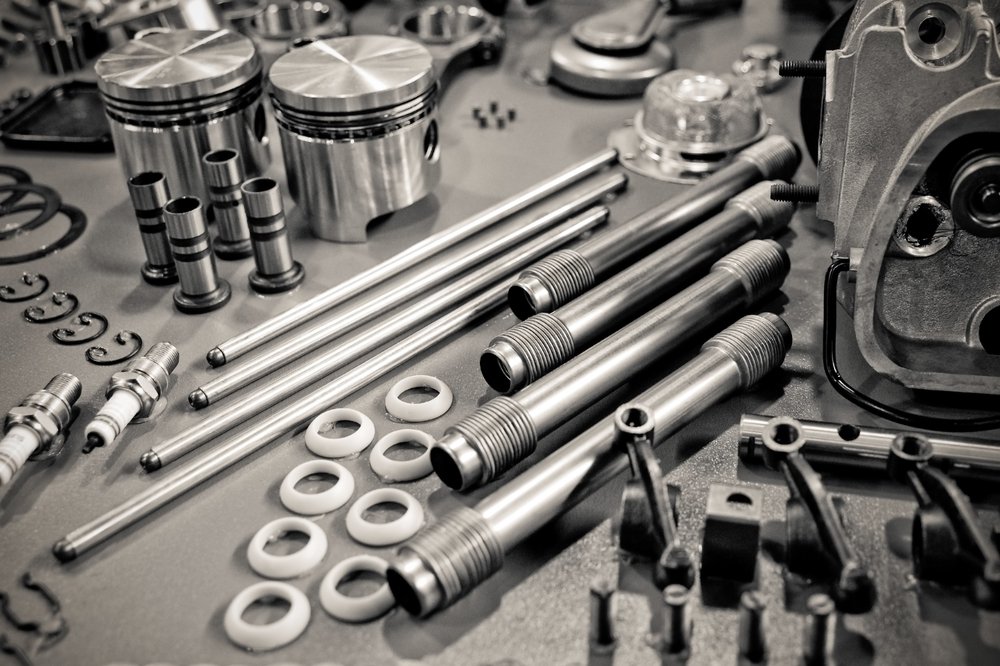 Have you noticed a minor issue with your car, like an odd noise or decreased performance? Chances are, you may need to replace a minor part of your vehicle. Fortunately, for those driving in a General Motors car, you can rely on the brand’s assortment of parts to help improve your car’s drivability and capabilities.

Which parts are often relied on the most? We’ve compiled a list of several necessary GM parts that you may want to pursue, allowing you to jump on a potential issue before it truly manifests itself…

General Motors offers a variety of different air filters that you can install in your recently-purchased vehicle. However, what are the incentives for dishing out money on this specific part?

For starters, a clogged air filter can drastically reduce a vehicle’s performance. When the dirty, clogged filter has been replaced, some experts believe an owner can realize a 5% uptick in acceleration. This inclusion similarly influences the vehicle’s efficiency, with some estimating that a clean air filter can improve the fuel economy by nearly 14%! This could end up equaling nearly a quarter saved for every gallon of gas.

Not surprisingly, when your engine is forced to work with a dirty air filter, it’s naturally overtaxing itself. As a result, the system could die quicker than usual. When the engine is allowed to breathe, it isn’t forced to exert as much effort.

Finally, a dirty air filter has a negative impact on the environment. However, when an owner replaces that part with a clean air filter, they can expect reduced emissions coming from their car.

Much like the air filter, a clean oil filter can go a long way in improving the life of your vehicle. The purpose of an oil filter is rather simple: it helps remove any contaminants from the oil. When your vehicle is relying on a clogged oil filter, there’s a good chance that these specs of dirt and grime are getting into your engine, which could impact performance and the unit’s overall well being.

By equipping your car with a clean oil filter, you can be assured that the part will be keeping all of these irritants out of your engine, thus preserving its integrity. Oil can also leak out of the vehicle, which leads to two issues. First, leaking oil means the fluid isn’t reaching its intended target, and it could also led to decreased performance across your entire vehicle.

Have you noticed that your vehicle has decreased stoppage power? Is there an odd noise radiating from the vehicle whenever you apply the brakes? In this case, it’s probably in your best interest to opt for replacement brake pads.

New brake pads will quickly solve both of these issues. Since the parts will presumably be brand new, you can expect optimal performance from them, meaning improved braking ability and decreased cabin noise. If you opt for ceramic brake pads, you can expect these specific parts to last even longer than their standard counterparts. Furthermore, while the base of the pad often wears down and leaves a fine powder on the tires (which subsequently compromises performance), ceramic pads will maintain their integrity for the duration.

You might be familiar with this car part if you’ve ever taken a look under your car’s hood. This rubber tube is separated into two parts: the upper radiator hose and the lower radiator hose. These parts are intended to let any relevant coolants flow from the engine to the radiator (or vice versa), and the rubber makeup helps cut down on excessive heat and vibration.

These hoses naturally break down over time, so it’s likely that you’ll be forced to pursue this specific part, eventually. When the rubber has been completely compromised, it can lead to some devastating leaks, which could end up negatively impacting other mechanical aspects of your vehicle.

To lessen the chance that even more issues pop up, it’s typically a good idea to replace both of the radiator hoses every four or five years. Of course, if you’re going to be performing this maintenance yourself, it’s important to be especially careful. This liquid could easily splash and cause painful burns.

This part tends to be one of the most underrated aspects of a vehicle, as it’s necessary if owners want to operate any electrical aspect of their car. The alternator is intended to charge the battery, and this means it plays a critical role in powering the lighting system and entertainment unit, among other amenities.

Your battery is already taxing itself when turning on your vehicle, and it certainly can’t be relied on to power other aspects of your car by itself. Therefore, if you’ve noticed compromised performance from these electrical features, there’s a good chance that the issue shouldn’t be attributed to the battery. Rather, it’s a sign that the alternator is failing.

The windshield wiper’s arm is essential for the entire part to function, as it allows the literal wiper to glide across the glass. Without this part, drivers may only be able to clear off one tiny section of their windshield. Drivers could also look to replace the windshield wiper blades if they’ve noticed that the part isn’t removing all of the condensation.

Fortunately, if you live in the Cincinnati, Ohio area, you won’t have to search high and low in order to purchase those desired GM parts. Rather, you can simply visit McCluskey Chevrolet, and the helpful technicians at the service department will assist you in finding any necessary part or accessory. In fact, you can even lean on the dealership to help install or repair any parts, so you won’t have to depend on yourself or risk dealing with an untrustworthy mechanic to complete the installation.

In other words, if you’re in need of new GM parts, the staff at McCluskey Chevrolet will be more than happy to help during every step of the journey