SUV or Crossover? Discover the Differences and Which One is Right for You 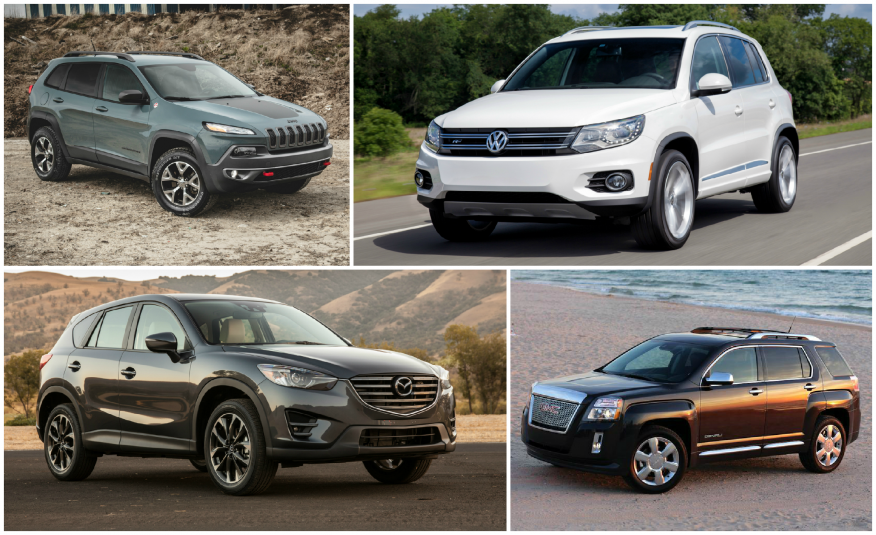 In today’s automotive market, there are more vehicle segments and sub-segments than ever before. While it may seem as though manufacturers are actively trying to confuse car buyers, there are definite advantages to having clear-cut categories that differentiate vehicle types. Rather than fight over whether a car is a compact or subcompact, let’s embrace the fact that as car buyers in 2016, we have more options than any other previous generation. Two categories of vehicles that are often confused are the SUV and crossover. When searching for cars for sale in Cincinnati, it is important to know what makes these two vehicle types distinctly different from one another, so that you can make the best buying decision for yourself and for your family.

Placing a popular crossover model, such as the Chevrolet Trax, next to the similarly-sized Jeep Renegade, and asking a buyer what makes one a crossover and the other an SUV, can make for a confusing afternoon. The most common characteristic behind the distinction between a crossover and SUV is size. Most car shoppers tend to view larger vehicles as SUVs, and smaller models as crossovers. While this might elicit a correct response on occasion, the majority of the time, size is not enough to make an accurate segment determination.

You already know that a sport utility vehicle, or SUV, is different than a crossover utility vehicle, or CUV – but what about these two seemingly similar vehicles makes them that much different from each other? It is important to understand why one is not like the other, especially when you head to local dealerships in search for cars for sale in Cincinnati. If you aren’t educated on these two popular segments, then you may end up buying a car that isn’t right for your current automotive needs.

Let’s take a look at the major areas that differentiate a crossover from an SUV, so that you can better equip yourself for your upcoming personal car buying experience.

Find Out Which is Right For You

Now that you know the major distinctions between vehicles in the crossover and SUV segments, you can make a better purchase decision based on your individualized needs. The traditional body-on-frame SUV segment is dwindling down, with only eighteen options available for the 2016 model year. The Chevrolet Tahoe, Jeep Wrangler, Chevrolet Suburban, and Toyota 4Runner continue to lead this capable segment, and are all exceptional options for buyers looking for cars for sale in Cincinnati.

The crossover segment is becoming increasingly popular here in the United States, especially for drivers who prefer a large interior cabin, but don’t require the rugged capability of an SUV. There are well over forty current crossover models on the market, and it seems that automotive brands add to that list with every passing year. You won’t have to look far to find a reliable crossover from your preferred automotive manufacturer.

McCluskey Chevrolet has tons of great options from the iconic bowtie brand, like the 2016 Chevy Trax, the 2017 Chevrolet Equinox, and the 2017 Chevy Traverse. All of these crossover models offer exceptional fuel economy ratings, the latest in-vehicle technology, and the added benefit of being made by the most awarded car brand in America. Chevrolet is the name American car buyers trust most, and McCluskey Chevrolet is the dealership that local drivers trust most, when it comes time to search for used cars for sale in Cincinnati. With so many options of both new and used Chevy crossovers and SUVs to choose from, there is no better place to find your perfect family vehicle, than at McCluskey.