Customers are so excited about the unveiling of the all-new 2019 Chevrolet Malibu. And while they might be a bit secretive about what exactly consumers should expect in the fall, we have a pretty good idea of one or two things they should definitely be excited about. Chevrolet is now rolling out what is a shocking list of updates to the Chevy Malibu midsize sedan for 2019. Even though customers were thrilled with the 2018 model lineup of the Malibu, somehow the engineers and designers at Chevrolet were able to still make a massive amount of changes to the new lineup. These changes show up not only in the exterior and interior but further enhance the mechanics, capability, sportiness, and convenience of the original Malibu. We have to add, however, that the 2018 Chevy Malibu was still pretty great as-is, so these additions are mind-blowing compared to the necessary changes made in other models.

This all-new 2019 Malibu is all about style and efficiency. In fact, this midsize sedan, which was already very popular in 2018 goes that extra mile to strike the perfect balance between looking luxurious but with a lot still going on under the hood. This emphasis on economical luxury is why the 2019 Chevrolet Malibu is going to be very popular. For one thing, being able to pay less than $30K for an upgraded luxury sedan that turns heads will excite anyone on a budget.

And even though critics had little to complain about with the 2018 model, Malibu has an all-new updated look for this coming year and just a glimpse of it is already commanding consumer attention. Malibu engineers and designers admit that while the exterior is now eye-catching, the 2018 Malibu model has widely not been compromised. But there have been cockpit upgrades, and the incorporation of many new exterior body-colors and all of the standard Chevy enhancements you get with updated trims. 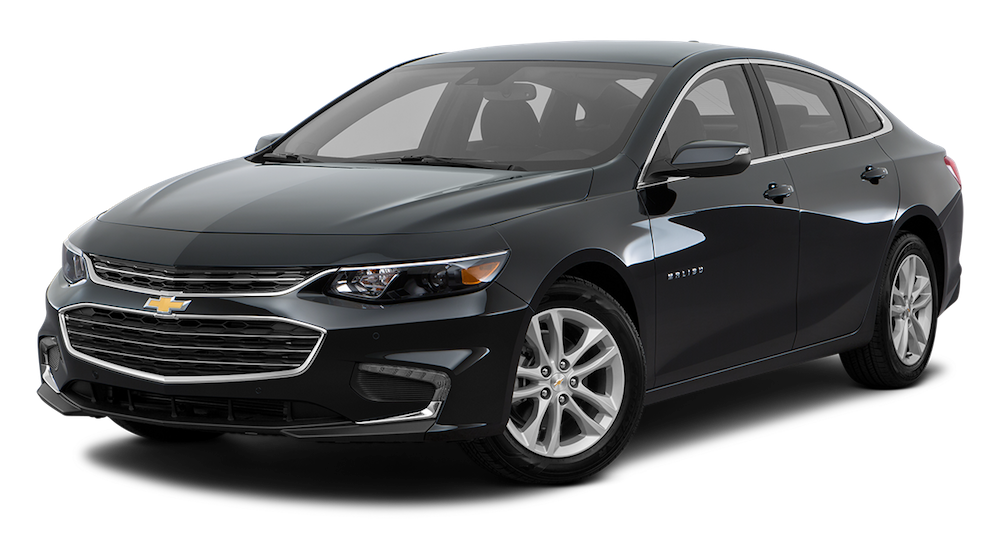 Critics loved the 2018 Chevy Malibu, which is most likely why it hasn’t seen too many changes. Before the 2015 lineup came out, however, Malibu had a bit of a reputation for being dull and drab and a boring family sedan. It’s since shed its reputation and it will continue to do so. There are many reasons why the 2018 Chevy Malibu was popular and with its many trims it excites both consumers and critics. The Malibu has an all-new look, a sporty exterior that includes a shiny chrome-like enhancement, larger wheels, and a more aerodynamic design.
Chevy engineers and designers worked to change up the entire look of the Malibu over the last few years and that included working to give the interior and exterior a more luxurious feel so that buyers wouldn’t have to pay top dollar for luxury sedans. Instead they can get the economic benefits of paying a fraction of that cost of say an Audi or a BMW, but still get heated leather power seating and all of the technology you would find in a state of the art machine.

The 2018 Chevy Malibu was known for being sporty and quick, getting 0 to 60 in 8 seconds. Critics were always pleased with the handling and steering, so it should not be a surprise that this saw very few changes in the 2019 model. Overall, Chevy got it right for 2018, and if it’s not broken, why would they work hard to fix it?

Finally, along with all of the power and luxury, the 2019 Chevrolet Malibu didn’t need to see many more improvements in space and cargo room. For the 2018 model, 3.6 inches were added to overall interior volume and the interior grew another 100 cubic feet. So, if anyone had been complaining before about not having enough headroom, legroom or room in the rear passenger seating, they would be eating their words now.

The 2019 Chevrolet Malibu has seen many interior changes, but mostly in the color options available. Upholstery colors are now wide-ranging and look posh behind the shiny infotainment touchscreen. This brand new system is throwing out the old 7-inch standard touchscreen for an 8-inch touchscreen, which you really can’t get better than that in any model or make of car. The comfort is enhanced as well with the premier trim, with all-around heated seats, even in the rear!

This is what we know so far about the 2019 Chevrolet Malibu, which will go on sale in the fall. If you plan to invest in the RS model you can expect an MSRP of around $25K.

The all-new RS trim level has swapped transmissions with the base turbocharged 1.5-liter four-cylinder engine that will no longer be mated with the old six-speed automatic transmission. This is the change to the engines that boosts fuel-efficiency and makes a strong effort to improve EPA fuel-economy ratings. The 2018 model produced numbers like 27 mpg city, 36 highway, and even got up to 30 combined, but the new numbers should push them ahead of the line when it comes to top numbers.

The new RS trim level is considered the model’s sport package and it stands up just smack in the middle of the LS and the LT in the lineup. This new package essentially replaces the old and no longer produced previous Sport package. Along with the exterior changes the RS trim level has with new wheels, trim, and grille, it also includes a more aerodynamic spoiler and dual exhaust tips which further aids in fuel-efficiency.

Consumers should expect nothing less than the best in power and performance with a 2019 Chevrolet Malibu. With the 2018 model, they were already surprised by the efficiency and refinement of the available engines in multiple trims. Now, the Malibu Premier trim for the new 2019 lineup will be known for the best in performance, as 2.0L turbocharged ECOTEC® engine couples with a 9-speed automatic transmission gets almost 300 hp. And that’s in a sedan! Who would have expected that? It’s clear that Chevy wanted people to be shocked by the horsepower and pickup, and the 2019 Chevrolet Malibu has both. Engineers also did their best to ensure that refining the engines was on the top of their to-do list. They tweaked the already almost-perfect system and made it just a little bit better. The engine mostly untouched for 2019 but engineers did redesign an exposed exhaust system that is a brand spanking new approach to exhaust systems. This definitely did the trick, giving the 2019 model even more power.

If you wish to invest in the 2019 Chevrolet Malibu Hybrid you will get a 1.8L hybrid engine which offers beyond what most sedans offer in fuel-efficiency plus a host of exclusive features. You’ll have the option of using the Driver Efficiency Gauge that gives you a reconfigurable 8-inch Driver Information Center.

The 2019 Chevrolet Malibu is a midsize sedan designed with the driver’s lifestyle in mind. Owning and driving a Malibu should be something that gives consumers a certain level of excitement. And that excitement comes from knowing they made the best choice and didn’t have to think twice about whether they made the right purchase. They get the most bang for their buck.

One of the most exciting things about owning a Malibu is all of the luxury and sporty trims that are available. In 2019, Chevy will introduce the Malibu RS which adds a sporty flair to an already really nice looking vehicle. This trim is relatively inexpensive, but still has an array of exterior features one might not have expected from Malibu previously. This is the excitement that Malibu provides: the ability to have sportiness and luxury in one package.

These exterior features include the following: a spoiler, a new exposed dual exhaust design, 18-inch wheels, a sporty black grille, and bowtie emblems and RS badging plus a staggering number of new exterior body- color options. You get that leather-wrapped luxury as well with the RS model on both the shifter, the steering wheel and inside the cabin. But a sporty-looking vehicle is all for nothing , if it doesn’t first have the power and performance to back it up.

Come down to McCluskey Chevrolet!

Unfortunately, we do not yet know whether or not the 2019 Chevrolet Malibu will change from the 2018 model in regards to safety and fuel-efficiency. What we do know is that engineers and designers worked to ensure that everything great about the 2018 Chevy Malibu was tweaked to be just a little bit better. What more can you ask for? Chevy drivers love driving Malibu’s, which is why designers and engineers don’t want to fiddle with it too much. That’s why J.D. Power & Associates have named it the “Most Dependable Midsize Car”.