You Are Here: Home > 2016 Chevy Tahoe: It Just Keeps Getting Better 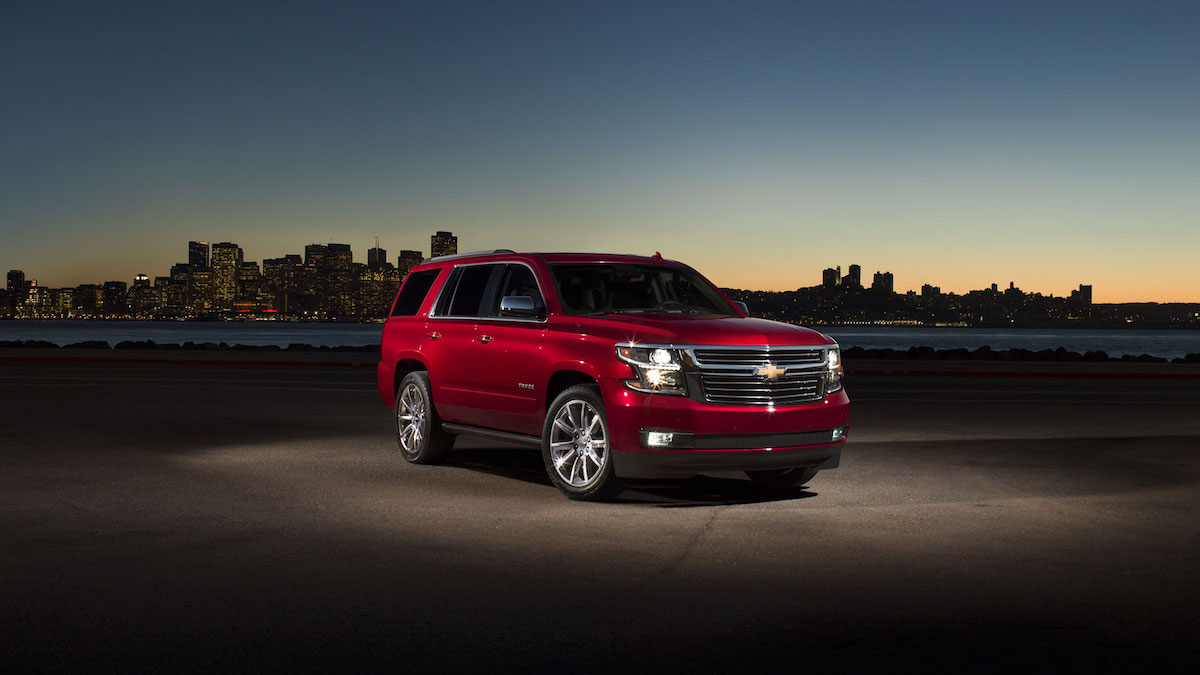 The 2016 Chevy Tahoe for sale just keeps getting better and better. It all starts with the Tahoe’s striking and unique design, which focuses more on sophistication rather than ruggedness. Underneath the hood is no exception, and the Tahoe has evolved to become a full-size SUV that is both capable and efficient, which is perfect for those seeking balance in their vehicles. Finally, considering the fact that it has plenty of state-of-the-art technology on board, and you also get an SUV that’s just as well-rounded as it is capable.

Apart from this, it also has spacious seating for up to seven passengers, with rich materials in the upholstery. But, we don’t need to go into detail. After all, it’s a Chevy. Interior quality is a given. 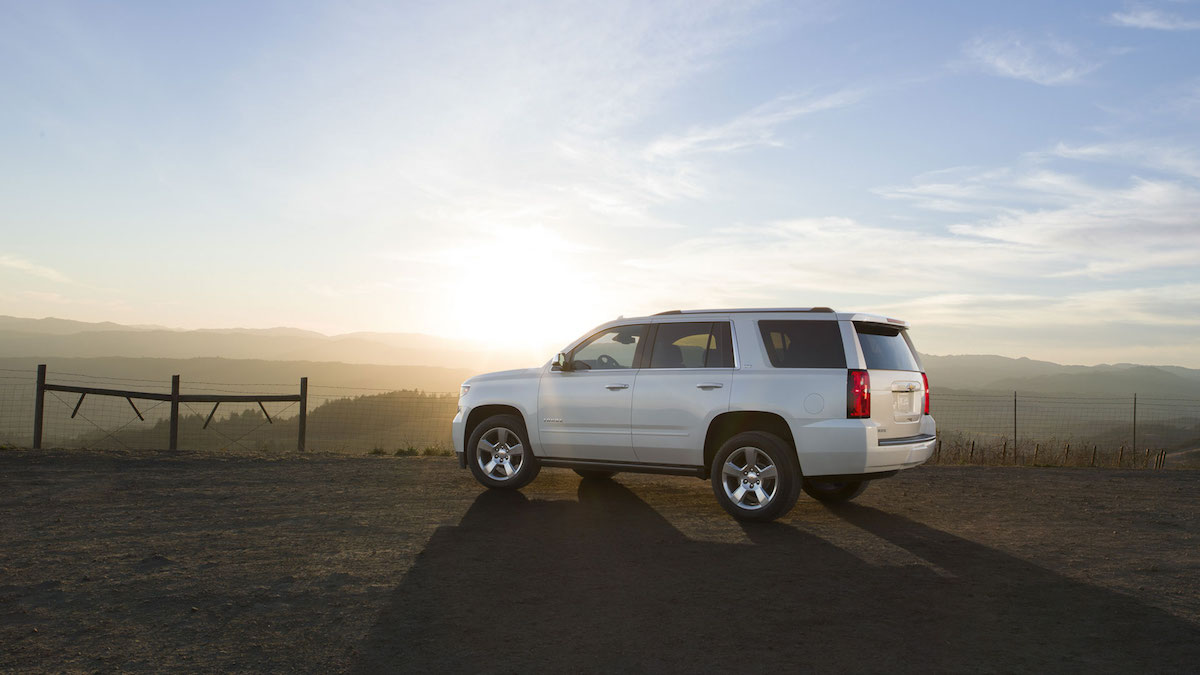 As opposed to emphasizing its rugged bravado, Chevy decided to design the Tahoe with sophistication in mind. This SUV actually seems more masculine, thanks to this sophistication. Almost like that one guy you know who always shows up in a suit, because that’s the gentlemanly thing to do. While the design is focused more towards this gentleman-like quality, it’s by no means a weak looking vehicle.

The front fascia is still wide and tall, with the Chevy logo sitting square and proud in the center of its signature split-grille design. Flanking the design are headlights that sit just as tall and wide as the front-end itself. They also follow the split-themed design, with a cluster of smaller LED lights running directly through the center between the headlights and foglights. The grille and headlights are decked out in chrome, which really makes the design pop.

The hood is wide and powerful, sweeping back up onto the windshield. Then, the roof is cut flat and square, and practically runs straight back to the tailgate where it abruptly drops off. This is what forms the typical rectangular shape of a full-size SUV. The sides are left relatively simple as well, with a chiseled line that starts at the front tire and runs towards the back tire. After reappearing on the other side, it cuts upward at a steep angle and runs towards the taillight. Dancing around the front and middle windows is a chrome bar that provides a defining outline, accompanied by a chrome-capped mirror for some extra flair. Naturally, the whole design sits wide, perched on a long wheelbase – typical for SUVs.

What makes the Tahoe’s design so unique is it’s ability to find sophistication in simplicity. There isn’t much added on because there doesn’t need to be. The front end is where all the action is, and the wide headlights and loaded chrome grille immediately capture your attention. After that, the subtle nuances of the character lines and chrome accents along the side will make you double-take.

A vehicle that is dressed to impress and makes you turn your head twice? I say Chevy managed a successful design, don’t you? 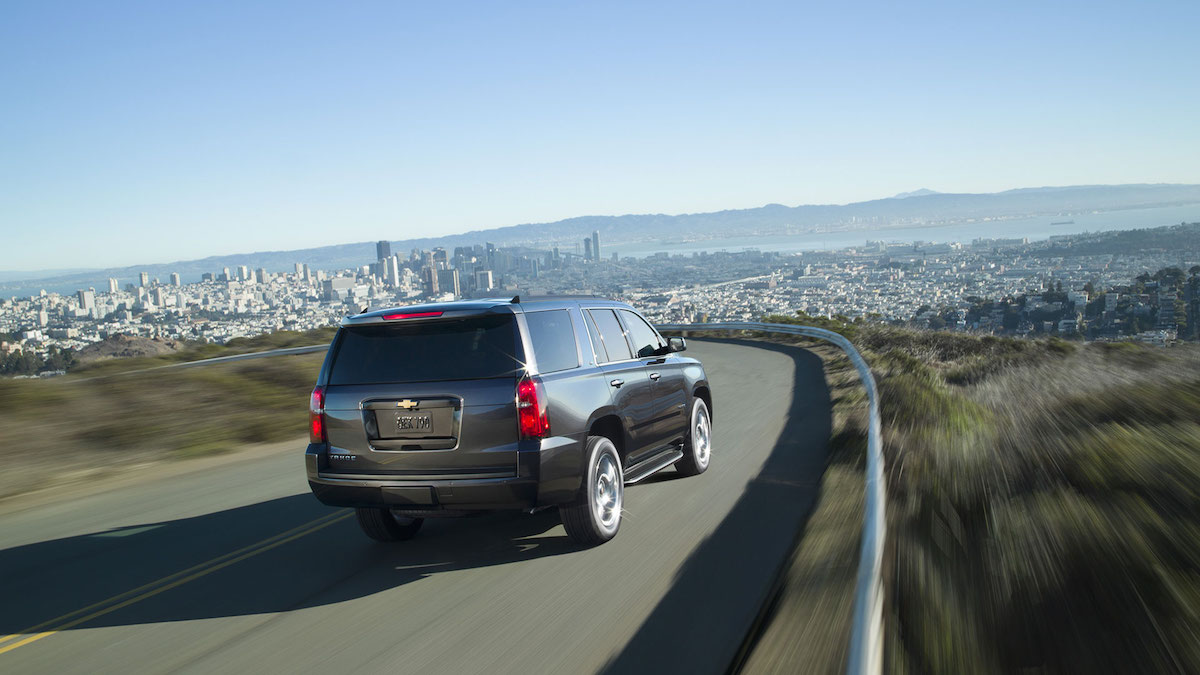 The perfect blend of capable and fuel-efficient all starts with the engine. This uncompromising performance is led by a 5.3-liter EcoTec3 V8 engine, which is home to multiple proven technologies that both save fuel and provide the refined power from an engine built in 2016. These technologies are Variable Valve Timing, Direct Injection, and Active Fuel Management. While two-thirds of those are obvious at what they do, the VVT is more obscure. In a nutshell, VVT is a process that helps provide a better ratio of fuel, air, and spark to make the combustion more effective. In particular, it directly controls the amount of fuel that is used in the combustion process. Therefore, a more precise amount of fuel used means less fuel is wasted, which all adds up to create better efficiency. Combined with Active Fuel Management and Direct Injection, you’ll be stopping at the pump a lot less.

Thanks to this technology, the Tahoe is able to achieve a best-in-class fuel economy rating, which means it gets better fuel economy than any other full-size SUV on the market. The 16 mpg city and 23 mpg highway is surprisingly efficient for a vehicle this big, and even more surprising when you consider the V8 engine is still putting out 355 horsepower and 383 lb-ft of torque. This type of power not only provides plenty of kick for getting onto the highway or through hazardous weather conditions, but also lets you tow up to 8,600 pounds. More than enough power for towing boats, ATVs, or even camping trailers.

With this blend of power and efficiency, it’s easy to see why the Tahoe is able to outperform the competition. 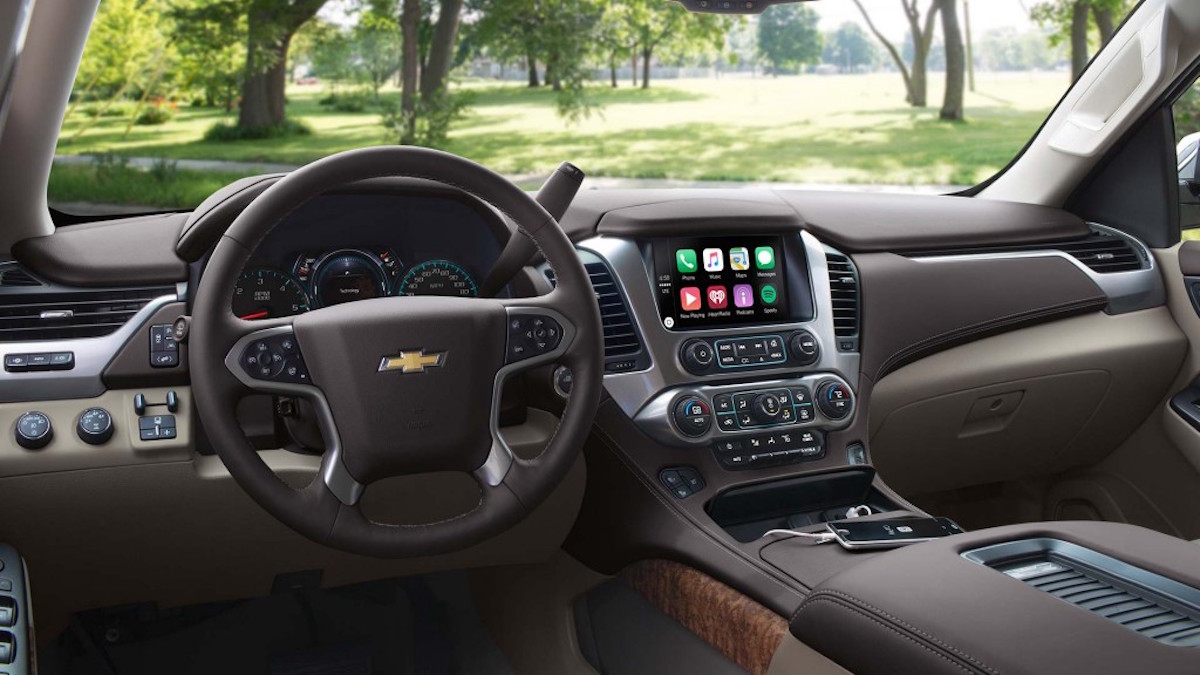 Making things even harder for the competition, but better for the Tahoe, is its advanced technology. The 2016 Chevy Tahoe even has some technology that the competition doesn’t, like available built-in 4G LTE Wi-Fi and Lane Keep Assist.

The updated MyLink system pairs well with that available Wi-Fi, and will allow your Android or Apple phone integration be taken to the next level. For example, you can stream music wirelessly through your phone via voice activation, and have either Pandora or Spotify playing without wasting any mobile data. While it doesn’t require data, having Android Auto and Apple CarPlay installed on the MyLink system is helpful for providing other voice activated features. Like hands-free calling, or a sending a text via voice. You can even look up directions.

And don’t worry, if your phone is getting low on battery, then you have 13 charging stations available. These breakdown into six USB ports, a 110-volt three-prong outlet, and an available wireless charging station. With the last option, all you need to do is put your phone on top of the station. Then watch as your phone’s battery is charged wirelessly.

Naturally, the Tahoe has plenty of advanced safety-technology features as well, such as Side Blind Zone Alert, Front Park Assist, and OnStar Automatic Crash Response. With a host of advanced technology on board, capable and efficient performance, and a well thought out design, the 2016 Chevy Tahoe is a vehicle that proves itself a tough competitor.