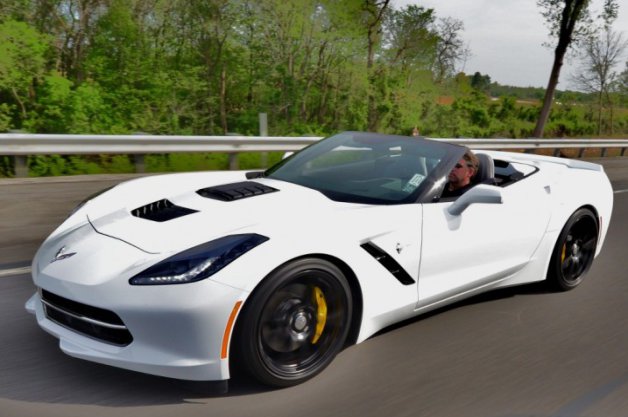 Whether you are in the market for brand new, or used cars in Cincinnati Ohio, then you have come to the right place – McCluskey Chevrolet. We have been told time and again by our loyal customers, that purchasing a car from our dealership is unlike any other car buying experience. As soon as you drive onto our lot, you will be greeted with smiles from friendly, knowledgeable, and hassle-free sales members – who are here to help as much or as little as you prefer. If you enjoy perusing our lot and showroom without assistance, just let us know! We will be happy to sit back and be available for when you truly need us. That is just one of the many things that makes McCluskey Chevrolet so different from all the rest. Whether you are looking for a previously-owned Chevy Volt, or a brand new Corvette – we are here to help!

Speaking of Corvettes, Callaway just released its first tuned-up version of the 2014 Corvette Stingray, and it’s definitely catching the attention of car enthusiasts everywhere. The ‘Vette was revealed at the National Corvette Museum last week, which features a 620-horsepower supercharged rocket engine, among many other sweet upgrades. Aside from the horsepower gaining ten ponies, the torque on the Callway Stingray went from 556 pound-feet, to around 600. Official testing has yet to be completed, so the numbers for the torque and horsepower are educated guesses, which could end up being more in the end. Official numbers should be released later this month.

One of the eye-catching design and functionality features, is that the engine sticks out through the hood of the vehicle, which is similar in styling to the C6 Corvette ZR1. Callaway claims that their unique design allows for better heat transfer, and cooler inlet air temperature.