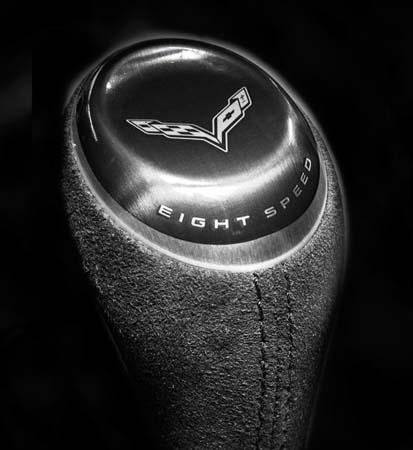 It doesn’t matter if you are looking for brand new, or used cars for sale in Cincinnati, there is only one place that has your back 100 percent when it comes to your new car purchase – McCluskey Chevrolet. McCluskey Chevrolet is a well known name in Cincinnati, and it’s a name that our customers have been able to trust for years. Picking a dealership is just as important as picking out the vehicle you will buy there. Too often, people get swindled into going to dealerships that offer deals “too good to be true.” Those deals usually are exactly that, and the person ends up completely out of luck, and on their own. That has never happened here at McCluskey, and it never will. Come in today and let us show you the McCluskey Difference. While you are here, check out some of the cars in our inventory like the 2014 Stingray. While the 2015 model isn’t available quite yet, we do have some info on it that you will like!

Chevrolet has announced that the 2015 Corvette Stingray will have an eight-speed automatic transmission as an option. General Motors was previously rumored to be offering up the eight-speed transmission, and it is now official. With the eight-speed transmission, comes a five-percent improvement in efficiency, although the EPA has not released official mileage numbers as of yet. General Motors is also reporting that the up-shifts on the wide-open throttle are, “executed up to eight-hundredths of a second quicker than those of the dual-clutch transmission offered in the Porsche 911.” Better yet, drivers will be able to control those with wheel-mounted paddles in the Stingray.

If the Corvette wasn’t your dream car before, it just may be now. Be sure to keep up with our blog to stay on top of the latest news regarding the 2015 Stingray.