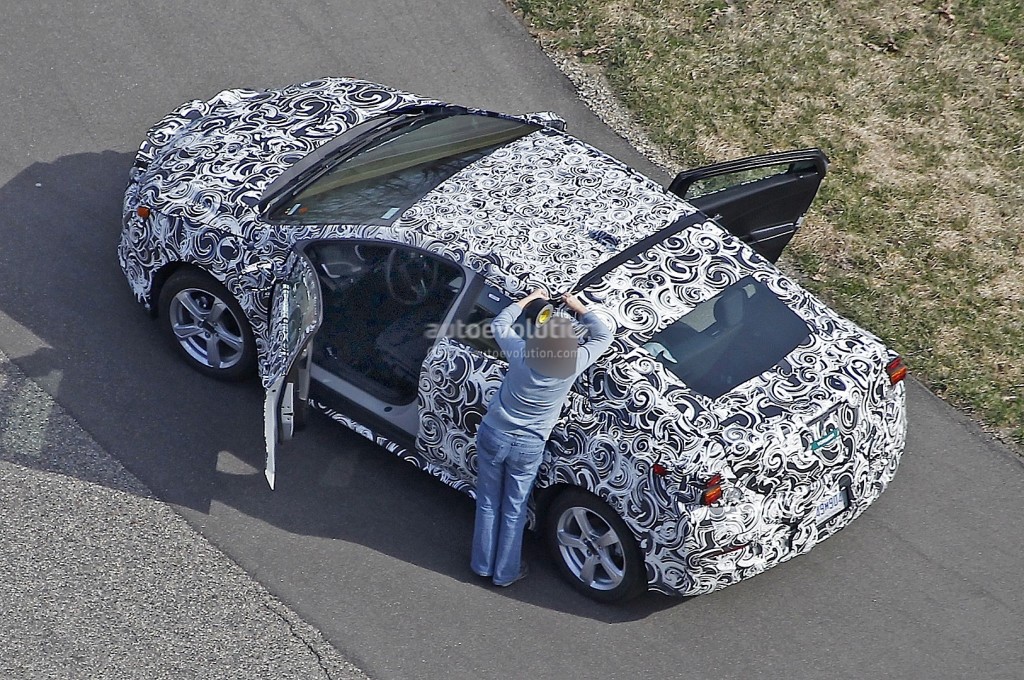 If you are considering driving all the way to one of those Indianapolis Chevy dealerships to purchase your next Chevy vehicle, we would like you to come check out McCluskey Chevrolet first. Located right here in Cincinnati, we have the ability to get you any Chevrolet vehicle that those Indy dealerships might have, without you having to leave the state. Not only do we offer the best deals and customer service in the area, we also bring you the latest industry news on our blog, six days each week!

The newest news from Chevrolet is regarding the next generation Volt. The 2016 model of GM’s electric vehicle will be the second-generation Volt, and recently rumors have been circulating about what upgrades it will entail, and when we will get a chance to check it out. As you can see from the above picture, spy shots were recently taken of the 2016 Volt out on a test run under heavy camouflage. While we obviously can’t assume too much from the picture, what we can tell you is that it won’t be too much longer before we can get much more than a glimpse of the new Volt.

Rumors are circulating that General Motors will be making a few big announcements about the second-generation Volt next week at the CAR Management Briefing Seminars in Traverse City, MI. So what exactly will those announcements be? Industry insiders have confirmed that GM will be making two points next week, which will include the following: