Is the Chevy Colorado Diesel Duramax Worth It?

The 2016 Chevy Colorado, new for this year, is one unique midsize truck. This is because in addition to all the great features it offers, it happens to be the only midsize truck option available for buyers in diesel! This means its towing max is increased to deliver on a powerful ride as well as one that diesel fans will love in a midsize option.

So is the Chevy Colorado Diesel Duramax worth it?

What’s Under the Hood? 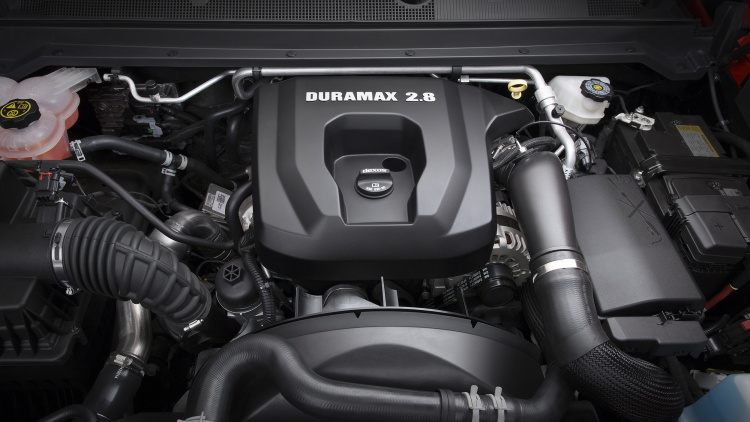 The 2016 Chevy Colorado features a 2.8L four-cylinder turbo diesel. This cast iron engine has a steel crankshaft and weighs up to four hundred pounds more than the gasoline engine for the Colorado. This extra weight means the suspension needed to be specially tuned to make this truck deliver on power. The truck was tested in both freezing and scorching temps, so in order to accommodate the difference, ceramic glow plugs were included in addition to a special battery as well as a high-output motor. This is in addition to a control unit that’s electronically monitored and has a unique calibration setup for the cold as well as a fan with two more blades than normal to keep the engine cool in the heat.

This diesel engine happens to be, according to Chevy, one of the cleanest diesels they’ve ever done. The exhaust system is designed to have a fluid canister that needs to be replaced about as often as an oil change needs to be done. The goal was to keep emissions as minimal as possible when it comes to this truck, which is perfect for those looking to minimize their carbon footprint while still driving the diesel engine they love.

The 2016 Chevy Colorado has 369 lb.-ft. of torque along with 181 horsepower and up to 7,700 pounds max towing, which is 700 more than its gas-powered model. For those who want to increase their towing capabilities, that 700 pounds adds up to be a lot. With the added torque, this truck is designed to feel more like a truck than a standard midsize version of its competitors.

What makes this truck great as a midsize truck option for buyers is the fact that it does feel a little bigger than it seems and it offers better fuel mileage than its competitors as well—up to 31 MPG. This makes the diesel seem a little more appealing than the 26 MPG the gas version offers. Chevy certainly worked hard on this truck to give buyers the best features and power for their money.

In order to reduce the noise from the diesel engine, Chevy added a centrifugal pendulum vibration absorber. So not only is your ride more powerful, but it’s also quieter.

Let’s not forget that the 2016 Chevy Colorado comes with an updated interior as well as with all the technology that Chevy is offering for 2016, including available Wi-Fi, forward collision alert, and a standard rear camera.

When it comes to midsize truck options, the 2016 Chevy Colorado makes an impressive option compared to its competitors. In fact, if you’re looking for a diesel midsize truck, the Colorado is your only option. This truck delivers on a powerful diesel engine as well as a towing maximum that’s well above its competitors. The Chevy Colorado Diesel Duramax is worth it if you’re looking for a midsize truck that has the feel of a bigger truck with some impressive towing numbers.

0 comment(s) so far on Is the Chevy Colorado Diesel Duramax Worth It?