How Chevy is Keeping the New Volt Top Secret 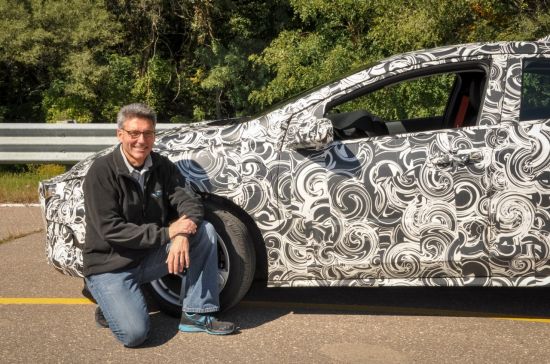 Selling new and Used cars in Cincinnati Ohio is our number one passion here at McCluskey Chevrolet! We also love everything having to do with the automotive industry, especially regarding new model vehicles and redesigns. The brand new generation of Chevy Volt is currently being tested, and despite the best efforts of many “spy” photographers, Chevrolet and General Motors are keeping the majority of the Volt’s updated details under wraps. How exactly are they doing that, you may want to know. That is a good question, and Chevrolet has divulged some of their secrets to help keep the new Volt on the down-low.

Volt Engineers Are Experts at Camouflage

The brand new Chevrolet Volt isn’t set to debut until the North American International Auto Show in Detroit this coming January. The fact that the car has not yet debuted has not stopped the public from wanting details, and it has definitely not stopped Chevrolet from hiding those details. So who is in charge of keeping the Volt top-secret? The engineers of the Volt, who have been tasked with camouflaging the vehicle so even the most prodding of eyes cannot ascertain too much information from seeing the car out on the test track.

How do the engineers cover-up the Volt, without adding too much weight to impede with performance? Check out some of their tricks-of-the-trade below:

The Volt engineer team seem to be doing a great job hiding the Volt from the public eye, so it looks like we will just have to wait until January to get all of the juicy details!