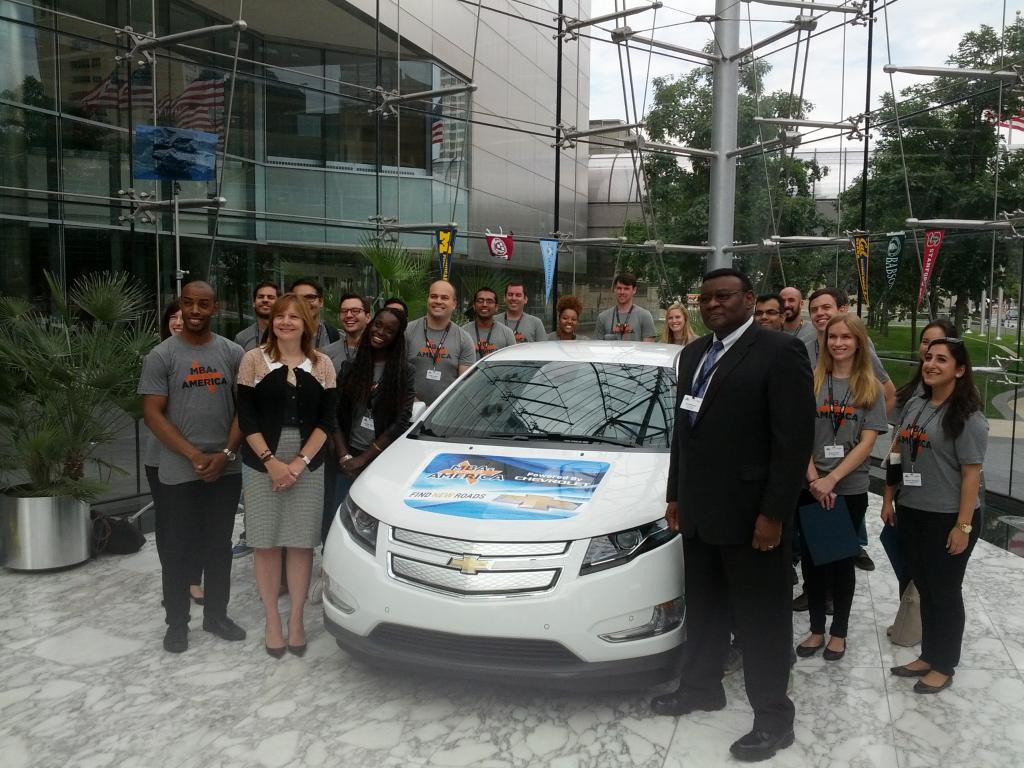 As one of the many Chevy dealers in the country, McCluskey Chevrolet loves it when Chevrolet teams up with different organizations to promote a good cause. Chevrolet is not stranger to doing good in the community, and this new venture is no different. It is no secret that the United States economy is not the best it has been, and Chevy is doing its part to help. The Chevrolet and the all new Volt, is teaming up with MBAs Across America to help promote small business growth and entrepreneurship across America.

An organization only in its second year, MBAs Across America is doing great work by sending first-year MBA students cross-country to offer free business advice to local entrepreneurs. Last year, four students covered over 8,000 miles driving through the United States helping dozens of business men and women. Since that first trip, MBAs Across America was formed by two of the original team members. This year, eight teams of MBA students from Columbia, Babson, Standford, Harvard, University of Michigan, and University of California Berkeley, will travel to 25 US cities helping 50 small businesses.

One of those 25 cities on the tour will be Detroit, which is considered to be, “The spiritual birthplace of MBAs Across America.”  Seven Detroit businesses will benefit from the non-profit organization which will include local restaurants, social clubs, and other institutions.

General Motors along with Chevrolet will be helping to support the non-profit program. One of the ways it is helping is by providing Chevy Volt sedans to all eight teams for their journeys across America. The Chevy Volt is the perfect vehicle to help the group get their work accomplished, with an approximate 38 all-electric mile range on a single charge, while going more than 300 additional miles between charges by using the gasoline powered generator.