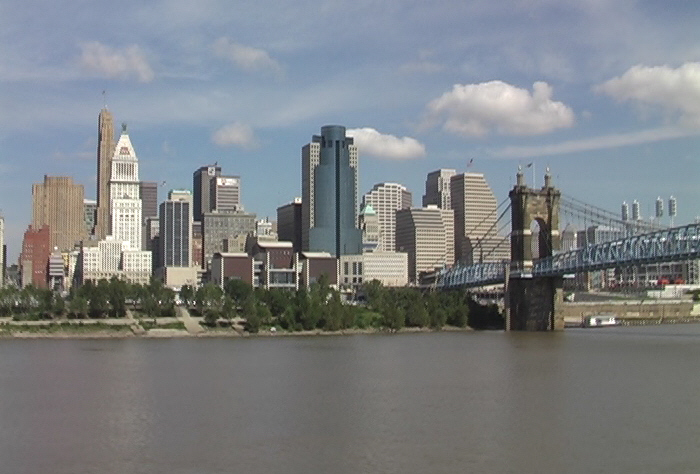 Here at McCluskey Chevrolet, we offer our customers some of the best new cars available on the market. What some of you may not know, is that if you are looking for used cars, Cincinnati OH can count on McCluskey Chevrolet. We carry certified pre-owned vehicles in nearly every make and model. You can browse our online inventory twenty-four hours a day, and if you don’t see exactly what you are looking for – be sure to give us a call. Your satisfaction is our guarantee, and we will work hard to find you the perfect vehicle for you and your family. Cincinnati is one of the best cities to live in in the United States, so you might as well have the perfect vehicle to match it!

In a recent annual survey, Cincinnati ranked sixth among U.S. cities for being the most able to attract companies to their market. Texas took the top spot, as it did in 2013 as well – with a recorded 657 projects in 2013 alone. Ohio came in second as a state, attracting 480 projects, while Illinois came in third, with Pennsylvania and Michigan taking forth and fifth. Site Selection magazine conducts the annual survey, which also reports on how well states do per capita. Ohio came in second to Nebraska for that poll. The editor of the publication, Mark Arend, stated that, “It’s one thing for states to be on both lists…but Ohio is second on both lists, and that’s impressive.”

The study defines a project as, “an investment by a company of $1 million or more in a new facility, the addition of 50 or more jobs to an existing operation, or an expansion of at least 20,000 square feet to an existing building.” We already knew that Cincinnati is a great place to live and do business in, we are just glad the rest of the country is catching on.