The Evolution of Expensive Tires

It’s easy to take the tires on your car for granted. After all, they’re always there when you need them (knock on wood), they work hard, don’t complain, and you don’t have to replace them all that often. That being said, the tires that you find at your tire store in Cincinnati have a long history behind them, with a lot of innovation and technology making them what they are today. For those of us that get to enjoy them, rubber tires around our wheels just make sense – but for the vast majority of human history, they didn’t even exist.

Modern tires have come a long way, and while you and I see them as a pretty minor expense (except for when you need them on top of three other things, which always seems to happen!), there are some surprisingly expensive tires out there. Unless you’re about to buy a massive earth mover or you want diamond-crusted tires (no, really, we’ll get to those further down), you won’t have to worry too much about spending six figures on your tires. With such a unique legacy to them, and some surprisingly pricey options out there these days, we thought it would be fun to take a moment and look at where tires have come from and where they’re going.

Tires have been around a lot longer than rubber, but they often consisted of metal bands wrapped around the wheels on carts or wagons. According to some, the word “tire” is a shortening of the word “attire” and refers to the fact that the tires are essentially what the wheels wear, like clothing. Fortunately for all of us who enjoy a smooth ride, modern tires got their start in the 1800s – in particular, 1845.

It was in 1845 that two different inventors, one English and one American, both patented a process for vulcanizing rubber. You’ve probably heard this term before, so we won’t get into too many details, but it’s essentially a process for making natural rubber and similar materials into a more durable and usable form. The rubber we all know and love today exists because of the work of these men – the American inventor was one Charles Goodyear.

In 1847, a Scottish inventor patented a solid pneumatic tire that was filled with air, but this design was essentially abandoned due to how expensive it was to produce. We had to wait until 1888 when another Scottish inventor named John Boyd Dunlop developed a process that used canvas and rubber to create a more comfortable bicycle tire. His tires proved to be successful and popular for use on bicycles, and the Dunlop name is still prestigious in the tire industry.

Another name that has become synonymous with tires came into the forefront in 1895 when two brothers, André and Edouard Michelin, were the first to use air-filled pneumatic tires on an automobile. That’s right: cars with air-filled rubber tires have been around for about 125 years! Finishing off the 19th century, the Goodyear Tire and Rubber Company, named in honor of the aforementioned Charles Goodyear, got its start in 1898 in Akron, OH. 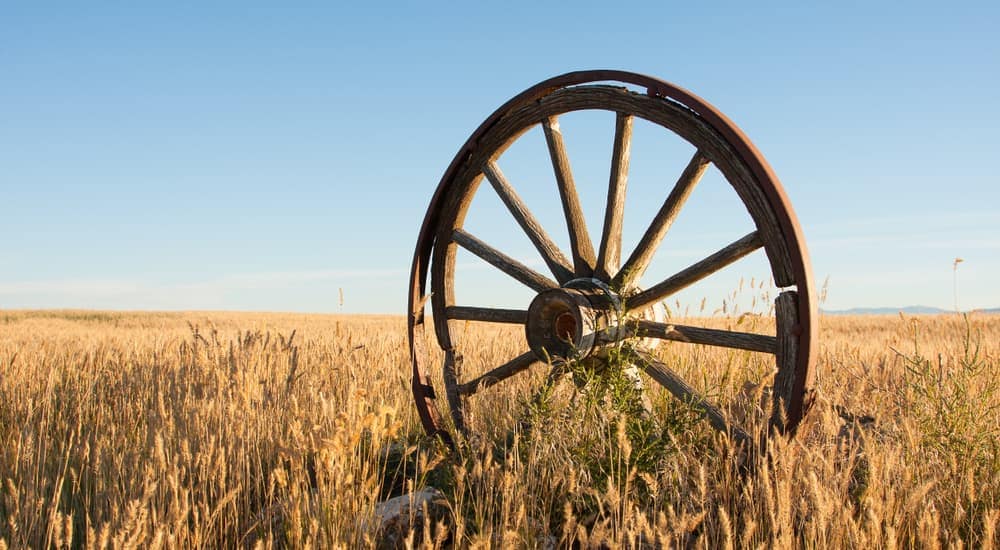 Things moved pretty quickly in the early 20th century. Mountable rims for tires were introduced in 1904 to allow people to easily replace their own tires, grooved tires for better traction were developed in 1908, and the B.F. Goodrich Company added carbon to rubber in 1910 to create tires that lasted longer. The Goodrich Company also developed the first synthetic rubber in 1937, which was a huge development – prior to that, tires still used natural rubber that was vulcanized.

Perhaps the most important modern development in tires came about in 1946, however, when Michelin (named after the brothers from the previous century) developed the radial tire. Prior to this point, all tires used a construction where the bands below the tire’s surface, which give it structure and support, ran at an angled bias across the tire. The radial design has the rubber plies going straight across, perpendicular to the shape of the tire, which provides a smoother ride, better handling, and superior fuel economy.

Despite the fact that radial tires are objectively superior to bias-ply tires, they didn’t catch on immediately. It took about 20 years for them to really start to gain popularity here in the US. Today, pretty much every consumer tire uses a radial design. In the decades that closed out the 1900s, innovations created more durable and long-lasting tires, as well as run-flat tires that can help drivers avoid a collision due to a sudden blowout.

Compared to the late 19th and early 20th centuries, tire innovation over the last couple of decades has been pretty minor. The technology has gotten better, with superior rubber and a wide selection of different tire styles available for different road conditions. Perhaps the most useful modern development has been the advent of Tire Pressure Monitoring Systems that allow drivers to monitor the pressure in their tires without manually checking them. 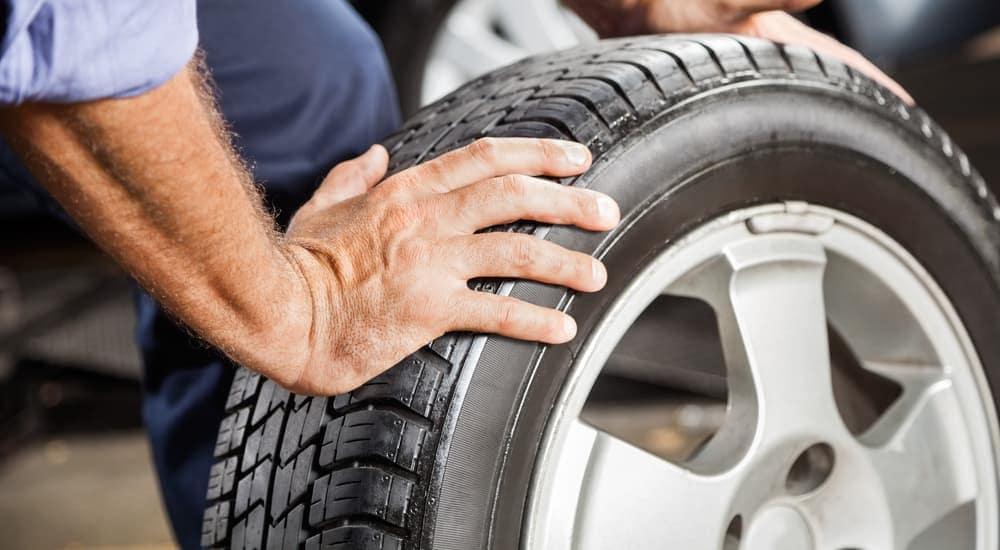 The Most Expensive Tires Around

It’s easy to feel like tires are pretty pricey when you need a new set, but in reality, the tires you have on your car are nothing compared to some of the expensive options that are out there. Here are some of the most expensive tires around and how much they cost:

Space Shuttle Tires – Considering how important these are and the kind of abuse they have to take, it’s no surprise that these are costly. Most space shuttles use Michelin tires that aren’t huge, but they weigh a tremendous amount, and they’re filled with nitrogen gas. On average, these go for about $5,500 per tire.

Bugatti Veyron Tires – While not quite a space shuttle, the Bugatti Veyron is a true supercar that can get up to speeds over 250 mph. The Michelin tires that can handle this kind of abuse go for about $10,000 per tire!

Caterpillar 797 Tires – This is one of the largest and most powerful dump trucks around, and it’s designed to be able to handle incredibly heavy loads. As such, it needs tires that can stand up to that much weight: massive Michelin tires that go for about $42,500 each.

LeTourneau L-2350 Tires – The biggest earthmover in the world requires some of the most expensive tires in the world. Specially designed tires that are about 12 feet in diameter and nearly 6 feet wide. They cost $63,000 per tire.

Custom Z Tyres – We understand why incredible pieces of construction machinery require remarkable tires, but then there’s this. These tires were based on standard Z Tyres and decorated by Italian artisans resulting in tires that are literally diamond-encrusted and adorned with 24-carat gold leaf. We’re not really sure why anyone would go this far, but the cherry on top is that they cost $600,000 for a set!

As you can see, this sort of puts the cost of a set of four all-weather Goodyear 18-inch tires into perspective, doesn’t it? We know that maintenance for your vehicle isn’t always cheap or convenient, but it’s truly worth it to take good care of your car because it will take good care of you. As drivers, all of us rely on our wheels to be there and to help us stay in control of our vehicles at all times – to be responsive and translate every slight adjustment of the steering wheel into an accurate course correction. So when you think it’s time for an alignment, rotation, or replacement, head to your favorite tire store in Cincinnati and have the work done right.

Posted in Tire Stores in Cincinnati

0 comment(s) so far on The Evolution of Expensive Tires