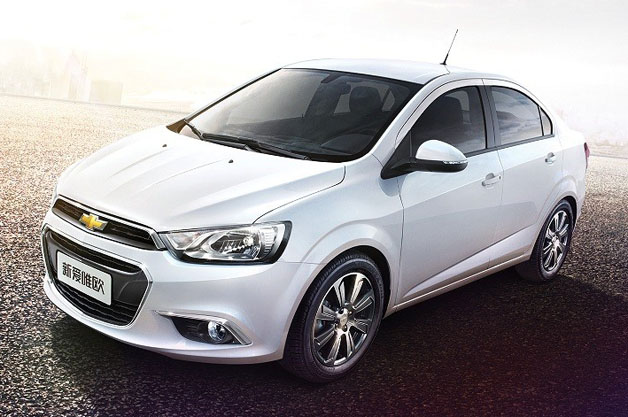 If it’s that time to purchase a new or used car, truck, or SUV – then we are here to tell you that you have come to the right place. McCluskey Chevrolet is the best dealership for new and used cars in Cincinnati Ohio, and we would like to prove it to you! We have awesome deals going on RIGHT NOW on new and previously-owned vehicles that you have to see to believe. The Chevy Open House event is going on now, and as always – Military discounts are available to active duty, reserves, veterans within a year of discharge, and retirees of U.S. Military and their spouses. Chevy recently increased the military discount, which can now be combined with current offers and incentives. Now is a great time to buy, so come down to McCluskey Chevrolet today, and test drive your new car, truck, or SUV! The Chevy Aveo is a popular sedan available here at McCluskey, and it was just announced by Chevrolet that it will be getting a completely new look in the Chinese market.

While Chevrolet is an American-based company, General Motors is dedicated to providing its vehicles worldwide, and prides itself on the fact that it offers “the broadest lineup of vehicles and brands among automakers in China.” So it should come as no surprise that Chevy is pulling out all the stops to update the new Aveo, designed specifically for the Chinese market. GM’s Pan Asia Technical Automotive Center located in Shanghai gave input for the design. It features a horizontally split grill, a new and upgraded Bowtie emblem as seen on the new Cruze, a redesigned front end, and sixteen inch wheels. The EcoTec engine is also a part of the new Aveo, which will go on sale in China starting next month.