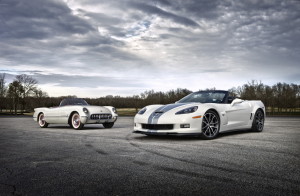 The Chevrolet Corvette has been an icon to car lovers for its sleek lines and high performance for six decades.  To celebrate this major milestone, Chevrolet is rolling out something very special. Let us here at McCluskey Chevrolet, your home of the Chevrolet Cruze, tell you about it.

The first Chevrolet Corvette, the XP-122 Motorama concept car, and the latest model, the 2013 Corvette 427 Collector Edition convertible, are separated by 60 years of automotive development and advancement. They do not share a single common component, yet the visual connection between the first and sixth generations is obvious.

While the design cues have changed through six generations, it’s their elemental composition that makes a Corvette look like a Corvette.

“For our Cincinnati Ohio Chevy Corvette drivers and enthusiasts the Corvette’s design represents a distinctive American high-performance sports car,” said Keith McCluskey of McCluskey Chevrolet.  “No matter the year, the Corvette is instantly recognizable to any driver.” 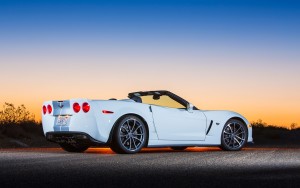 As Corvette enters its seventh decade, here are a few of the common elements that have helped make each design unique – and each Corvette look like a Corvette.

For those who have loved the Corvette for decades, 2013’s model is sure to excite car enthusiasts for many years to come. This automotive classic is celebrating 60 years with style!