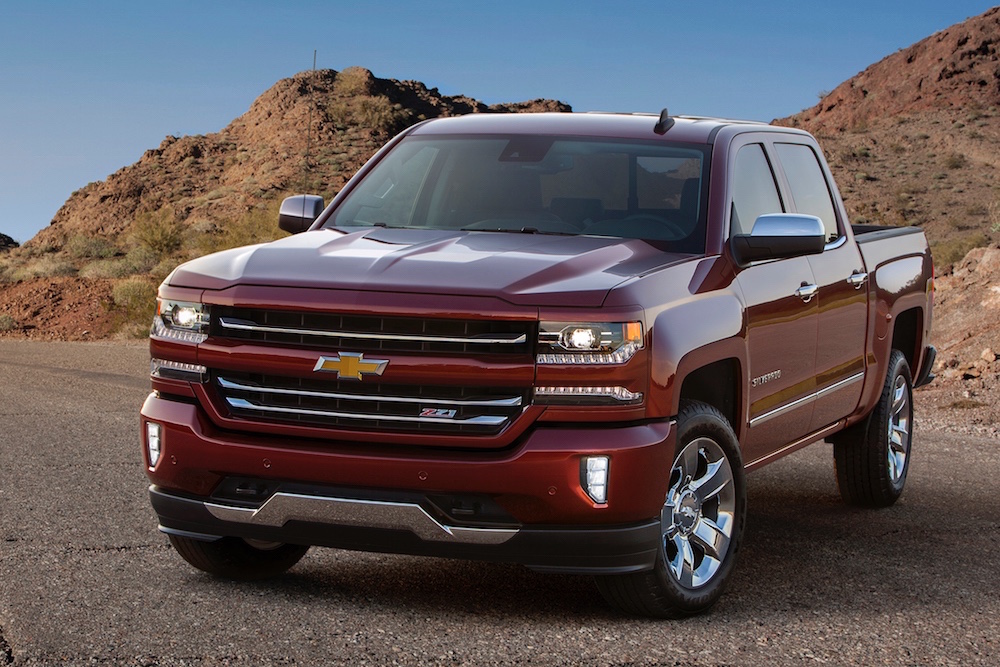 Trucks used to be such simple creatures. They used to be merited for their rugged working capabilities and quality craftsmanship that made them seem everlasting. But today, the truck market is just as competitive as the mid-size sedan, and there are new updates being released almost yearly to make these trucks even more shiny. The 2016 Chevy Silverado and F-150 are a far cry from what they used to be, being outfitted with fashion-oriented bodies and luxurious interiors. But which one is doing the “flashy truck” concept better?

Chevy needed to come up with a fresh look for the Silverado when Ford announced they were coming out with an updated F-150 model for 2016. They upgraded the truck with surgical precision, focusing on little variations that would make big impacts. Overall, making it a very handsome looking vehicle.

There is an entourage of LED lights on upper trim levels that accompany the new slimmed down headlights. Since the stacked headlights are gone, the front end appears to be lower and wider. The hood now undulates, providing powerful and aggressive ridges that match the rugged idea of a truck. Other than that, there are really no more aesthetic changes. Chevrolet listened to what the consumers wanted, and then delivered, leaving us with a better looking version of the 2015 model.

The actual size of the vehicle varies with trim level, and is the same as the 2015 model. The wheelbase of the Silverado is 119 to 153 inches with an overall length of 205-239 inches. The width is 80 inches and it sits at 73-74 inches tall. The curb weight is 4,550-5,700 pounds. The weight is probably thanks to the high-strength steel frame that runs throughout the truck, making it a durable and rugged vehicle.

The F-150 however, has had some serious revamps as far as looks go, mainly because of the return of Ford’s Limited model. The Limited is the kingpin in the hierarchy of Ford model history, chrome kingpin. This new Limited model has more chrome than you know what to do with. There is chrome finish on the grille, door handles, tailgate trim, 22-inch chrome wheels, exhaust tip, front bumper-caps, and rear bumper… all of it matching the satin chrome color body. If this truck could speak it would say “please, keep me away from dirt roads.”

The body is glued together with riveted aluminum panels, the same concept they implemented in the 2015 models, making it lighter than the Silverado but not having the same type of rugged dependability.

The changes for the 2016 lineup are a minimal: a beveled hood that helps reduce drag to improve fuel economy and rectangular headlights that are a throwback to early F-series pickups. Then again, turning around such a quick refresh of a model that isn’t even a year old is bound to yield almost nothing in terms of aesthetic changes. 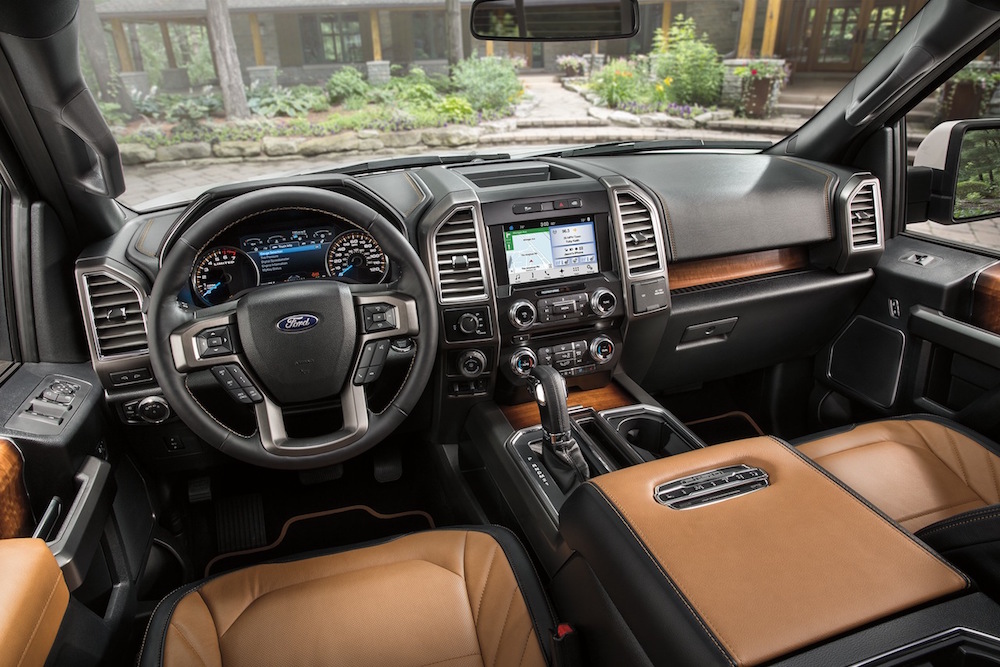 The interior of the F-150 Limited is a little over the top in my opinion. It features real eucalyptus wood trim, “Mojave” leather seating surfaces, a stitched dash top, and a VIN plate in the armrest that has been laser engraved with the production number… why? The F-150 Limited also has heated front and back seats, and the front seats have massaging capabilities for some reason.

The F-150 is equipped with SYNC infotainment systems accompanied by a 4.2-inch display screen with blue tooth and smartphone app integration. Other available features that seem a little strange in a truck are a twin-panel moonroof and dual-zone automatic climate control. 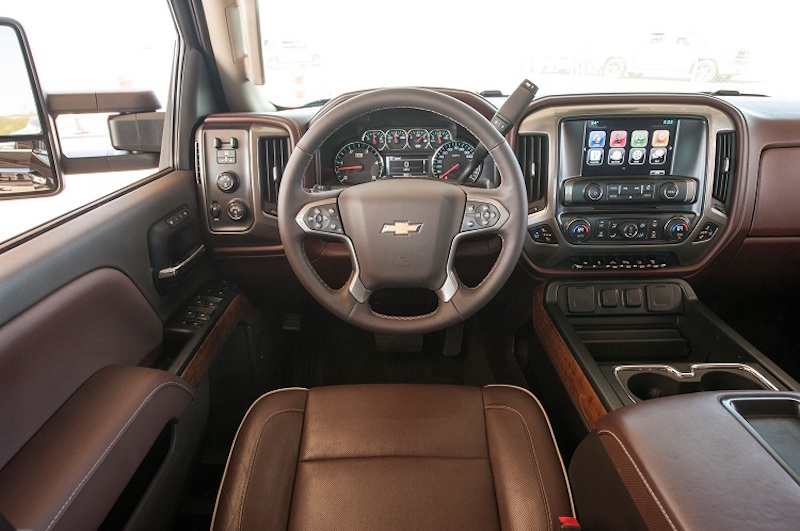 The Silverado has seen a few changes on the interior as well. Mostly the introduction of Apple CarPlay compatibility and Android Auto, allowing you to use smartphone apps via the vehicle’s touch-screen system. It is also equipped with the renowned MyLink system, one of the better ones on the market. Just like before, it is more simple to use but still provides much more options than some of the other rival systems on the market.

The interior of the Limited is over the top, while the High Country trim (the closest thing possible to the Limited in terms of luxury) offers more down to earth comfort additions. The High Country is able to brag that it has one of the quietest and most comfortable cabins out there. Triple-seal inlaid doors reduce the noise of the exhaust, and an aerodynamic windshield helps reduce the noise of battering wind.

The Silverado High Country also offers running board technology that is unique to Chevrolet. The articulating running boards are automatically extended from the cab, like other models, but that is where the comparison stops. If you need access to the truck bed then all you have to do is tap the running board with a foot, and it will move to the front of the bed.

While the luxurious aspects of these trucks are nice, at the end of the day they are still trucks. Trucks are used for work, and it is mainly the engine that determines how well these vehicles do their jobs.

The 2016 Silverado is using  5th generations of their legendary small block engines. These engines use Active Fuel Management, Direct Injection, and Continuously Variable Valve Timing to deliver the perfect balance of power, acceleration, and fuel-efficiency.

One of the new engines joining the pack is the 6.2-liter EcoTec3 V-8 that delivers 420 horsepower at 5600 RPMs. It gets 15 mpg city and 21 mpg highway, but offers the best in class towing at 12,000 pounds. The 5.3-liter V-8 engine offers 900 pounds less in towing capacity, but provides the best in class fuel economy at 16 mpg city and 23 highway. The last engine offered is the 4.3-liter V-6 engine that gives less horsepower for slightly better fuel economy.

Chevy also offers a new eight-speed transmission with different trims, along with tighter handling and firmer shocks to make the Silverado a better performing vehicle overall. 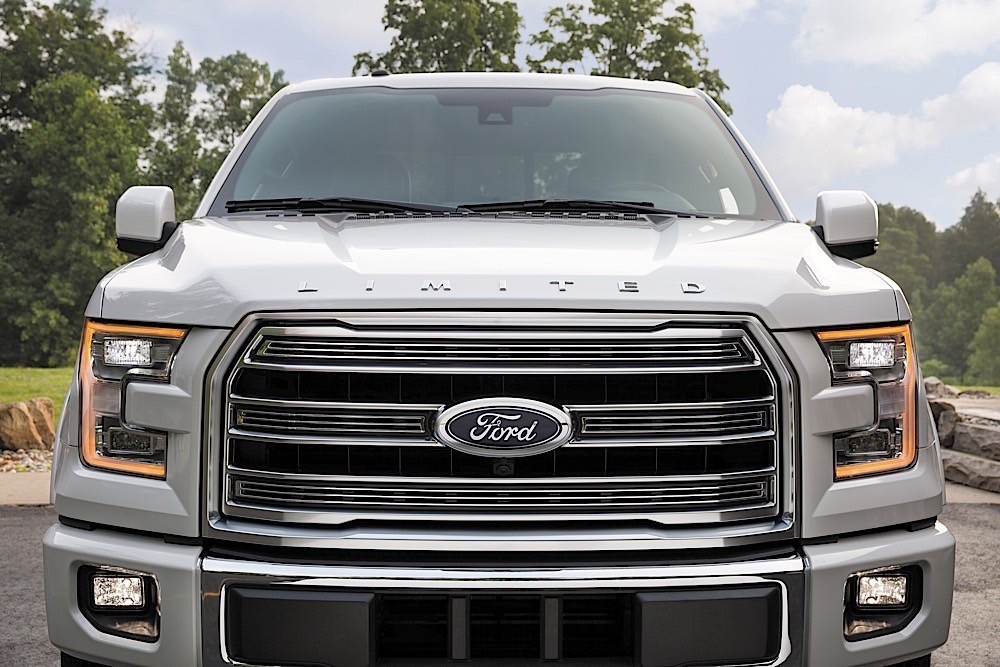 What does the F-150 offer in terms of performance upgrades? Well, it has three EcoBoost V-6 engines and a V-8 engine. There is a 2.7-liter V-6 engine that works well with the six-speed automatic transmission, and gets a decent 22 mpg combined fuel rating. There is no information on the Ford website about an eight-speed transmission or any performance upgrades, but plenty of pictures and lists about what luxury items are in the new Limited and Platinum trims. The EcoBoost engines from Ford may help raise fuel economy in the trucks while also making up for lost horsepower, but for towing capabilities it is clear that the more traditional V-8 engine from Chevrolet is still sitting at the top.

So, There’s the Point

While both the 2016 Silverado and F-150 are being portrayed as luxury trucks, it seems that the Silverado is the one that remains closer to its roots. I’m not saying the F-150 is a bad truck, just that the 2016 Silverado seems to be the vehicle that has the perfect blend of luxury and performance. The Silverado trims can be equipped with an off-road package to enhance performance while on rugged terrain, whereas the Limited looks like it is afraid of a dirt path. My point is that the Silverado is still keeping its truck roots, and if you want performance with a little less flash then go for that one. The F-150 is coming off as a big luxury sedan, with just about the same power and performance as a smaller one, in order to try and stay on top in the new luxury-truck market.