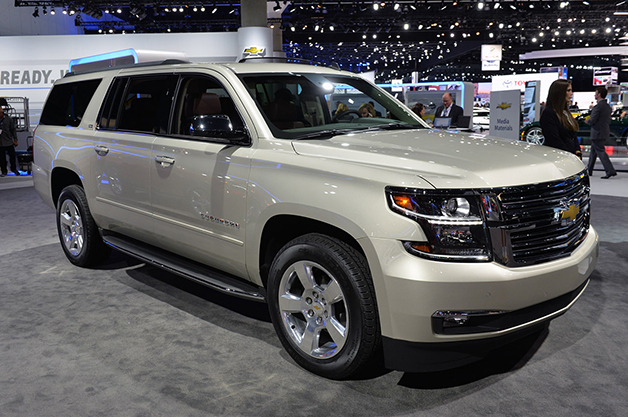 When you are ready to purchase new or used cars, Cincinnati has the best Chevrolet dealership in the entire state – McCluskey Chevrolet. Not only are our vehicles meticulously inspected and sold at the best deals, but we stand behind every vehicle that we sell. No matter what, when you purchase a new or used car from McCluskey Chevrolet – you will be able to maintain peace of mind. Now that you can rest easy knowing that your vehicle purchase will be a secure one, it’s time to settle on what kind of vehicle you would like to purchase. Many of our customers bring in a list of “must-haves” that they would like to see represented in their new vehicle. A lot of times, our customers want a lot of space in their vehicle, without sacrificing those precious MPG. It can be hard to juggle the two items, as many times, larger vehicles come with a higher fuel economy. We have good news for those who want space and want to save money at the pump.

The 2013 LA Auto Show was where the first versions of the new Chevy Suburban and Tahoe were debuted. The 2015 redesigned models were impressive to the naked eye, and in our eyes, just got a lot more impressive. The large SUVs were recently given improved gas mileage numbers to go along with their new and improved looks. The city mileage of the SUVs has improved by seven percent, and the highway mileage has increased nearly ten percent. Owners of the 2015 versions of the Suburban and Tahoe will get sixteen miles per gallon in the city, and twenty-three on the highway. While we are aware that these numbers aren’t as high as a compact sedan’s MPG, but we would venture to guess that those who aren’t able to compromise space, would be more than willing to welcome in these new fuel numbers. What do you think?