1967 Corvette in Near-Perfect Condition to be Auctioned this April 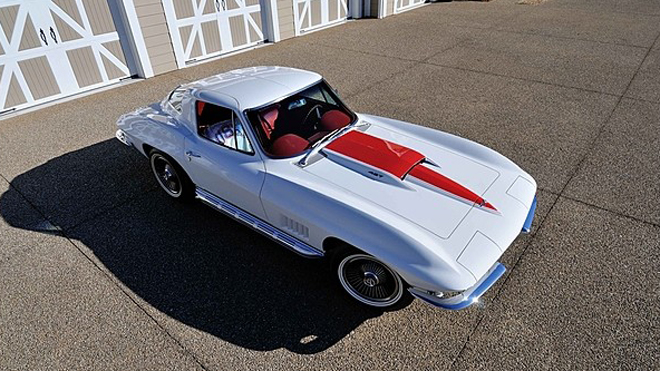 Here at McCluskey Chevrolet, we understand that not everyone looking for a vehicle, is looking to buy new. That’s why we have one of the most comprehensive selections of used cars Cincinnati has to offer. Our extensive inventory features cars, trucks, and SUVs from nearly every major make and model. Most of our previously owned vehicles come with a warranty, and many are certified pre-owned. Purchasing used can be worrisome for some, but you can rest easy when you purchased a pre-owned vehicle from McCluskey Chevrolet. We stand behind the vehicles we sell you, and won’t disappear when something goes wrong. That’s a guarantee. A few days ago, a used car was found in a garage, that we wouldn’t mind getting our hands on!

A pristine condition 1967 Chevrolet Corvette was found in a garage this week, with just 2,996 miles on the old odometer. The sports car, which was parked a quarter of a century ago, is set to be auctioned at the Mecum Auctions Houston event this coming April. The V8-powered coupe was first bought by Don McNamara, when he was thirty years old. He purchased the vehicle with $5,000 he won in Vegas while celebrating his retirement from the U.S. Marines. McNamara told friends and neighbors he no longer owned the vehicle, to avoid paying title and licensing fees, but continued to secretly drive the sports car at night. McNamara parked the car for the last time in the mid 80s, and was the only person who ever drove it – in fact, the driver seat is the only one in the car that has ever been sat in. The vehicle has never seen rain, and has never been washed with water.

The average 1967 427 Corvette with 4-speed manual transmission goes for $114,000, but this car is expected to go for much more. Aside from the low miles and excellent condition, it has the original window sticker, documentation, and McNamara’s driver’s license. What do you think this car should go for at auction?