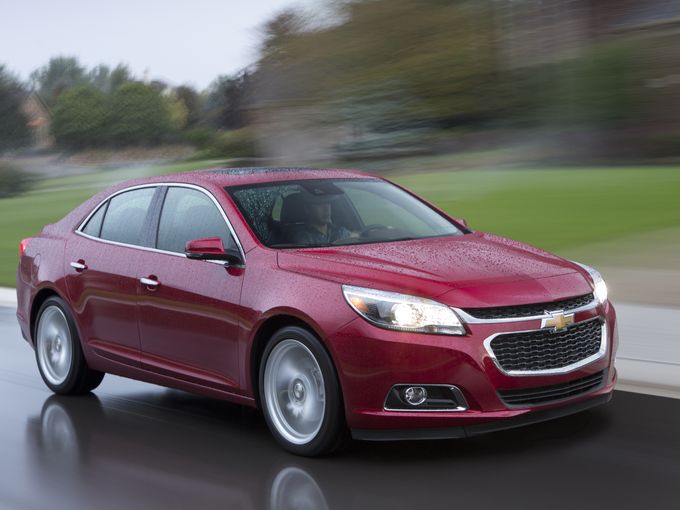 Chevrolet has an amazingly solid lineup, and seems to be increasing the solidity of its vehicles with each passing year. Nearly half of the automaker’s 2014 models were complete redesigns, and those vehicles have had great success with their new and improved look, feel, and drive-ability. One of the auto giant’s popular models, the Chevy Malibu, recently turned fifty, and it was clear to executives at General Motors that the car was in need of an update. The 2014 Malibu offers even more upgrades than its previous redesign, and after starting production in Fairfax, Kansas and Detroit these last few weeks – the new model is making its way to car dealers across the United States.

One of the 2014 Malibu’s most unique upgrade is the use of stop-start technology, and is the first model that Chevrolet has utilized the new technology in. The complete redesign of the Malibu was only about a year ago, but after losing its edge over the competition, Chevrolet is looking to put some spunk back into the midsize sedan. The newest version is being offered with two options, a 2.5 liter four-cylinder engine, or a 2 liter turbocharged four-cylinder option. The model starts at just $22,965, making it a competitively priced sedan for its segment.

On top of the upgrades, which also include talk-to-text technology, Chevrolet is also rolling out a new advertising campaign. One of the television ads for the Malibu looks to pull at the heart-strings of the family man, and features sweet family scenes and the new tagline, “The car for the richest guys on Earth.” You can start looking for the newest 2014 Chevy Malibu at your local Chevrolet dealer starting later this week.