Why the Camaro’s Engine Tops the Mustang’s

The 2016 Chevrolet Camaro was first introduced in late June, and buyers were immediately daydreaming about the opportunity to own the new, improved and much-hyped muscle car. The vehicle could easily pass for its predecessor’s twin (the 2016 model is only 2.6 inches shorter, 0.8 inches narrower and 1.2 inches shorter than 2015), but the vehicle will feature some upgrades, including a more powerful engine.

If you’re in the market for a Camaro, you may naturally be eying a similar high-performance automobile in the 2015 Ford Mustang. The two vehicles have been competing since 1967 (barring an eight-year stretch when the Camaro was off the market), with Ford’s vehicle recently outselling Chevy’s. Like any two rivals, both rides are very similar, but slight differences put the 2016 Camaro slightly ahead. As we mentioned previously, the Camaro’s revamped engine should give Chevy’s vehicle the edge.

Considering the lack of information on a 2016 Ford Mustang, we’re going to compare the 2015 model’s engine with the 2016 Chevy Camaro. Sure, an older model would mean a lower financial investment, and you could probably go to a Ford dealer and drive out of the lot in your new Mustang right away. However, when you’re finished reading, you’ll understand that patience is truly a virtue… 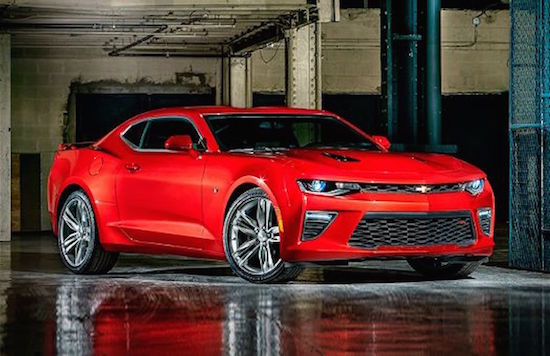 The 2016 Camaro will be the first of it’s kind (well, the first since the 1980s) to include a four-cylinder engine. The motor offers 16-valve 2.0-liter turbo power, which helps the engine deliver 275 hp and 295 pounds-feet of torque. These estimated specs do trail the numbers of the 2015 Mustang’s four-cylinder engine (2.3-liter turbo, 310 hp, 320 pounds-feet of torque), but the Camaro makes up for this discrepancy with it’s other powerful motors.

The reliable V6 24-valve, 3.6-liter engine is capable of producing 335 hp and 284 pounds-feet of torque, while the powerful V8 pushrod 6.2-liter engine can deliver an amazing 455 hp and 455 pounds-feet of torque. These numbers top the output of Mustang’s comparable motors. Furthermore, the Camaro will reportedly also offer its cylinder cutoff system and active fuel management, meaning drivers should receive a fuel economy of around 30 miles-per-gallon on the highway. 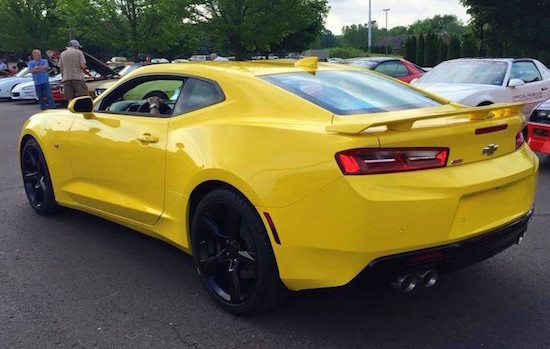 We know what you’re thinking. Sure, the Camaro may have the more powerful engine. However, even though we’re seeking a muscle car, we don’t want to wake up the neighborhood when we’re returning home late at night. We get it. One of the benefits of owning a muscle car is the inclusion of a loud, roaring engine. Still, even the biggest car enthusiast would acknowledge that this sound can often get overbearing. The Mustang offers some noise cancelling features, but since the roar of the engine is connected to the car’s audio system, a driver must compromise the outside noise for relief in the cabin. Therefore, it’s not possible to juggle a loud engine with a quiet interior.

The Camaro’s 2.0-liter turbo models come with an active noise cancellation unit that will significantly reduce cabin noise without eliminating the outside roar. The optional Bose audio system can manipulate the engine sound, meaning the driver has full noise customization capabilities. 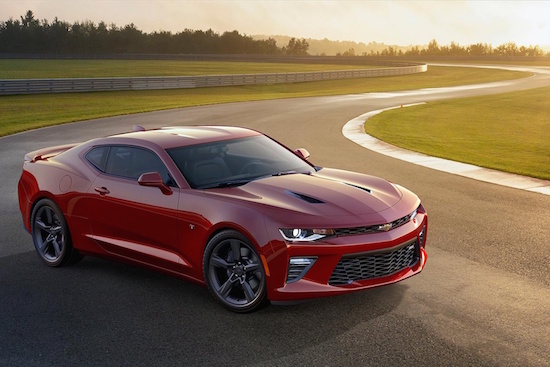 It should only be a couple of more months until we finally get behind the wheel of a 2016 Camaro. If you can’t wait any longer, head down to McCluskey Chevrolet today! Their helpful staff will hook you up with any of the brand’s other dependable vehicles.