Chevrolet Volt and the New Malibu

As Chevrolet continues to extend its global reach by launching cars like the Chevy Volt and all-new 2013 Chevrolet Malibu in Europe, the brand also continues to extend its global reputation for safety: Each of those vehicles earned 5-star ratings—the highest possible—in the latest round of the European New Car Assessment Program (Euro NCAP). Similar to those of the U.S. National Highway Traffic Safety Administration 5-star program, the Euro NCAP ratings provide valuable information for potential buyers.

“The results confirm that both vehicles meet today’s highest safety standards,” said Wayne Brannon, president and managing director of Chevrolet Europe, who also noted: “The Volt’s safety performance and propulsion concept highlight the reliability and practicality that is inherent to this outstanding design.” 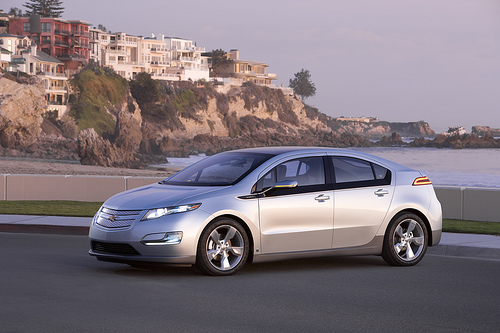 In fact, the Volt became the first EV from any U.S. automaker to receive five stars in all facets of the Euro NCAP evaluations. It’s yet another notable accomplishment for the car, which, in this country, also has been named a Top Safety Pick by the Insurance Institute for Highway Safety (IIHS) and achieved a 5-star rating in NHTSA’s NCAP testing.

The completely redesigned Malibu—which will become the first Malibu ever to be sold in Europe—has not been tested yet by the IIHS or NHSTA, but Chevrolet has high expectations for its U.S. safety performance, too. That makes sense, because also high is the level of standard and available safety equipment on the U.S. Malibu, including:

And GM’s OnStar safety and security system, with Automatic Crash Response, is standard as well.

The 2012 Chevrolet Volt, featuring an EPA-certified all-electric driving range of 35 miles and the ability to go hundreds of more miles relying on its onboard internal-combustion range extender, is on sale now. The 2013 Malibu Eco, which relies on GM’s eAssist light-electrification system for expected EPA ratings of 26 mpg city/38 mpg highway, is slated to launch in February of 2012, with the other members of the new Malibu family to follow in the summer.