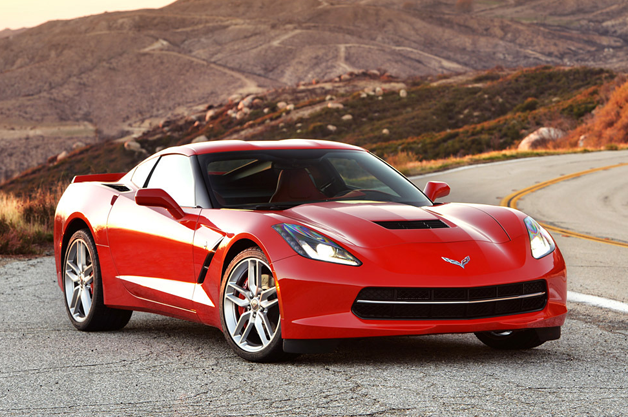 The first press day of the Detroit Auto Show has brought about a tradition of sorts. It is the tradition of announcing that years North American Car and Truck/Utility of the Year winners. These are top honors, guys, and trust us when we say that we feel honored to sell Chevrolets after this year. In following tradition, the 2014 Detroit Auto Show kicked off press day by announcing the winners. Are you ready for this (drumroll please)? Top honors this year BOTH go to Chevrolet, for the Corvette Stingray and the Silverado. It’s a sweep! Get that quick oil change in on yours often so your vehicle of the year lasts for years to come.

The Chevrolet Corvette Stingray had some stiff competition this year. By earning the Car of the Year award, the Corvette beat the sleek new Cadillac CTS and the Mazda3 compact. Both are great cars, without a doubt! We weren’t too shocked at the prestigious award, as the Corvette has won a slew of awards since its debut earlier this year, and we hoped that the NACTOY jury would feel the same way about such a great vehicle! The jury consists of 49 members, and we have the breakdown. The Corvette Stingray nabbed a whopping 211 points, while the Mazda3 compact logged in 185 and the Cadillac CTS took 94.

Competition wasn’t just stiff for Car of the Year, though, as the Silverado had competition in both the new Jeep Cherokee and the Acura MDX. The Silverado has also won its vast share of awards since its debut, including just winning Four Wheeler Magazines Pickup of the Year award just a couple days prior. Again being the only competitor to break 200 points, the Silverado was able to net 219 points. The Jeep Cherokee finished in second with 174 points while the Acura MDX was able to take home 97 points.

We just want to say how excited we are that Chevy was able to sweep the 2014 North American Car and Truck/Utility of the Year awards. Feel free to come on down to test drive one sometime. Here is to another great year at Chevy!