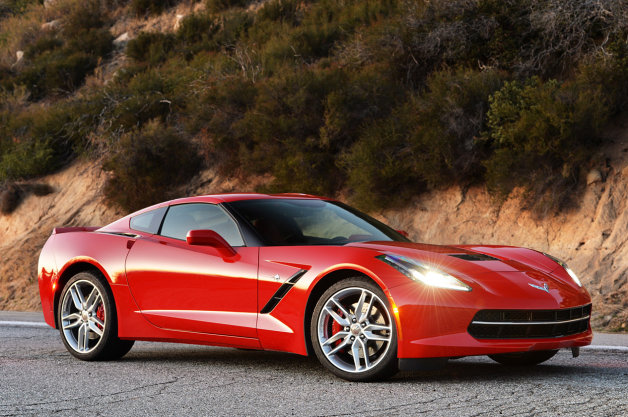 When it comes time to purchase your next new or previously-owned car, truck, or SUV, don’t even think about visiting one of those roadside used car lots in Cincinnati. We have never heard of a person leave one of those places having had a positive experience, and we don’t want to see anyone else fall victim to their schemes. When purchasing a used car, it’s important to buy from a reputable dealership that stands behind their sale. Not only will be still be here the day after you drive your new-to-you car home, but we stand behind our vehicles because we inspect each one to ensure that it is up to our high standards. Every used car that we put for sale at McCluskey Chevrolet, goes through rigorous testing and inspection to make sure that it is in the best shape possible. If you buy a used car with us, it will last you for years and years to come. So don’t settle, and buy only from the name you recognize, McCluskey Chevrolet.

If you were a big fan of the 2014 Corvette Stingray that came to market last year, than you will probably like to hear that Chevrolet has announced that the Stingray will be getting a few tweaks for the 2015 model year. The 2015 Corvette Stingray is not undergoing an extensive mechanical makeover. In fact, the only addition to the new model will be the option to add an eight-speed automatic transmission. When it comes to the styling of the Corvette, that’s another story. The five-spoke silver alloy wheels that are currently offered in the Z51 Performance Package will be made available, without paying extra for the upgrade. The body-color spoiler will also add to the design of the 2015 Stingray.

Two new paint colors, the option to add black and silver valve stems, and other aesthetic upgrades are available on the 2015 Stingray. No pricing has been announced, but we will be sure to let you know as soon as we do!

Posted in used cars in Cincinnati