Which Used Car Should You Choose? Your Guide to The Best Used Chevrolet Vehicles 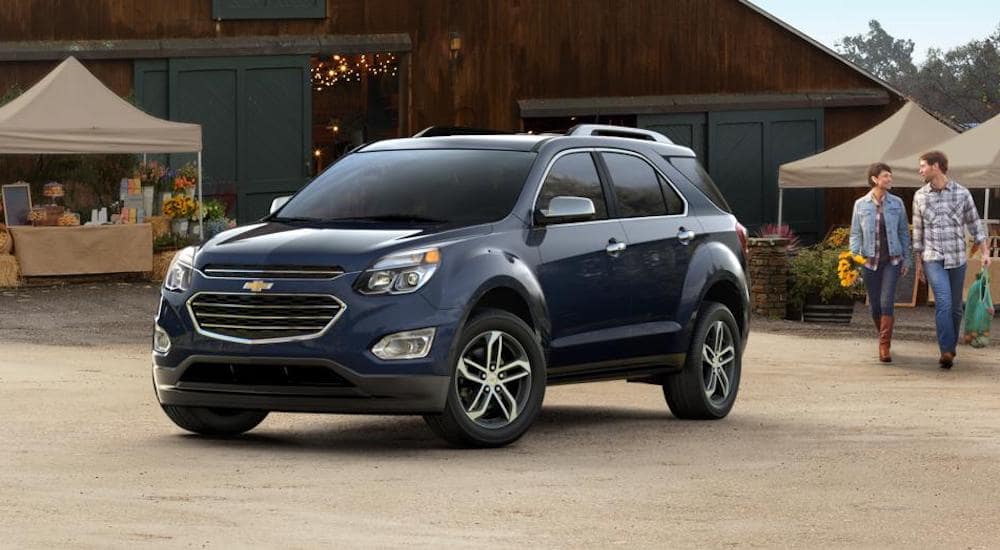 Finding the perfect used car can be difficult, but it doesn’t have to be. Chances are if you’ve stumbled upon this article you’re considering choosing Chevrolet as the brand of your next used car. Which means you’ve already narrowed down your search quite a bit! To help you take it a step further, we’ve compiled this list of the best used Chevy vehicles available at your local Chevy dealership, McCluskey Chevy. Here are our top-picks for the best used cars near Dayton Ohio along with the corresponding model years we recommend.

These model years mark the second generation of the Chevy Equinox, Chevrolet’s third best-selling vehicle after the Silverado and Cruze. When the second generation debuted in 2009 with the 2010 Chevy Equinox, it boasted upgraded standard and available engine options and improved fuel efficiency. Drivers looking for used cars in Dayton, Ohio, can find the Chevy Equinox of these model years with the standard 2.4L engine or the 3.0L V6 engine. The 2013 Chevy Equinox LT or LTZ can also be found with the 3.6L V6 engine that was available as an upgrade at the time.

When it comes to fuel efficiency, the Chevy Equinox performs well among others in its class; a 2010 Chevy Equinox offers an impressive 22 mpg city and 32 mpg highway. As a compact SUV, drivers will be pleased with the 63.7 cubic feet of cargo space available with the rear seats folded. Overall, the Chevy Equinox is the perfect SUV for families and weekend adventurists.

The second generation, covering the 2007 through 2014 model years, offered many exciting additions and an even a few exterior redesigns to its loyal fanbase. On the outside, the Chevy Silverado 1500HD continued to look more and more rugged throughout the second generation, but still maintained a sleek appearance. While on the interior, technology went from a 4-speaker AM/FM stereo system to the available SiriusXM and Onstar Navigation system.

The Chevy Malibu, currently in its ninth generation, has been a popular Chevrolet vehicle since 1978. Although it first began as a trim level on the Chevrolet Chevelle. Since then, it has received numerous exterior redesigns, major updates to its safety and entertainment technology, and the addition of premium comfort and convenience features. Today, drivers searching for used cars in Dayton, Ohio, can find used models of the Chevy Malibu with impressive features such as forward collision alerts, a rearview camera, a touchscreen display, navigation, and Apple and Android compatibility. As a top choice among many drivers, this midsize sedan should undoubtedly be a top contender in your used car search.

The Chevy Traverse is a relatively new full-size crossover SUV which first began production in 2008. Since then it has quickly become a favorite among drivers and critics, offering many advanced safety and technology features. Perhaps the most exciting of these model years was the 2013 Chevy Traverse which introduced an exterior transformation and features such as a new color touch screen, wood trim for the interior, available leather seating, and front-wheel and all-wheel drive options. Overall, the Chevy Traverse has received positive ratings and reviews when it comes to safety, and includes both preventative and protective collision technology.

The Chevy Colorado is a mid-size pickup truck currently in its second generation. Drivers searching for used cars in Dayton, Ohio, will find this truck available in three varying cab styles such as the regular cab, extended cab, and crew cab. Both rear-wheel and four-wheel drive options are also available. Drivers will also be able to find this mid-size truck in five different trims including the Base trim, WT, LT, Z71, and ZR2. For technology, the Chevy Colorado features Sirius XM radio, 4G LTE WIFI, and an 8-inch color touchscreen.

The Cruze is one of Chevrolet’s most popular vehicles. In fact, not only is the Chevy Cruze popular in the United States, but it is also a top-seller globally. Drivers and critics appreciate the classic design of the compact sedan and its top of the line safety features. During your search for used cars in Dayton, Ohio you will likely find the Chevy Cruze available in the 1LT trim, which was manufactured as the vehicle’s best value option. The Chevy Cruze 1LT, found for the 2011-2016 model years, features a 7-inch touchscreen, Bluetooth capability, and power adjustable seating for the driver.

Hopefully, this list has helped you during your search for used cars in Dayton, Ohio. But if you’re still not sure which vehicle is the best choice for you and your lifestyle, visit McCluskey Chevy today. We will happily take you on a tour of our high-quality used car inventory, where you’ll have an impressive selection of vehicles to check out. Whether you’re looking for a truck like the Silverado or Colorado, a sedan like the Malibu or Cruze, or the best of both worlds with one of Chevrolet’s popular SUVs, we have you covered.

Once you’ve chosen the perfect vehicle, our finance team will be there to assist you in securing the financing that best suits your budget. Worried about where you’ll go for maintenance and repairs after your purchase? At McCluskey Chevy, we are the perfect home for all of your automotive needs. Our service technicians will gladly take of your vehicle even after you drive off the lot.

So visit our dealership today to get started with your next Chevy purchase, and put an end to the search for a used car in Dayton, Ohio!

0 comment(s) so far on Which Used Car Should You Choose? Your Guide to The Best Used Chevrolet Vehicles