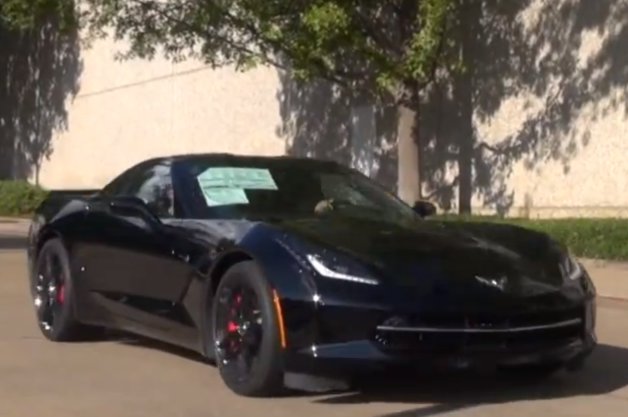 Every person has a list of dream items that they wish to one day own. For some, it may be a house on the beach, for others it may be a more modest desire to own a motorcycle. Whatever the dream, whether small or big, comes with a certain amount of probability, or the likelihood of that dream actually coming true. Car dealers in Cincinnati and all over the United States are playing a part in making the dream of owned the new Corvette C7 a reality. For one woman was taken aback when her boyfriend showed up at her work with her brand new black 2014 Chevrolet Corvette.

Pattie was completely speechless and shocked when her boyfriend interrupted her work day with a very special (and rare) surprise. In the video which you can view below, Pattie claims she is not up to speed on how to drive and handle the Corvette’s seven-speed manual transmission, but took the car for a spin anyway. While we suspect that Pattie was aware that the car had been purchased, she was not at all knowledgeable as to when the car would be delivered. When coming up with a way to brighten your girlfriend’s day, or looking for a way to fight away the Monday blues, we can’t think of a better way than walking out of the office to the sight of your very own (and very new) 2014 Chevrolet Corvette.

Pattie claims that her boyfriend is more excited about the vehicle than she was, and who can blame him? You can check out Pattie’s surprise delivery of her C7 in the video below.