Chevy and the MLB 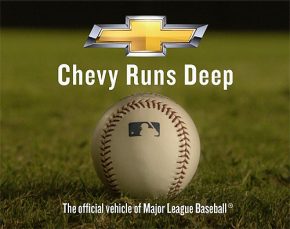 If you’re a big fan of major league baseball, then you know we’re already gearing up for a new season. Sure, it’s winter now, but spring training is right around the corner! Let us here at McCluskey Chevrolet, your home for Oil Change Cincinnati, tell you how Chevy is preparing to play ball!

Chevrolet is going to be hanging out with American League Champions, the Detroit Tigers. The Tigers are coming to the North American International Auto Show and the GM Heritage Center, all to spend time with fans and Chevy employees and customers. We here are your home for Auto Parts in Cincinnati are a little jealous, but we still don’t think the Tigers are as good as the Reds (in our minds at least).

The visits to Chevy are part of the team’s Winter Caravan trip. The Tiger’s players will hang out with members of the military and their families while Chevy personelle give them tours of Chevy facilities, showing off all the classic cars. It’s sure to be a great couple days for everyone involved! Later, at the international auto show, the team will be doing a Q and A session at the Chevy booth.

“As the Official Vehicle of Major League Baseball, we began our countdown to Opening Day in Detroit right after the World Series ended last fall,” said Chris Perry, vice president, Chevrolet marketing. “We’re glad to be able to share our love of baseball with fans and our customers as we launch our own all-star lineup of 13 new or significantly enhanced models in 2013.”

Posted in Auto Parts in Cincinnati

0 comment(s) so far on Chevy and the MLB