Chevy to Debut Commercial in Honor of Mother’s Day 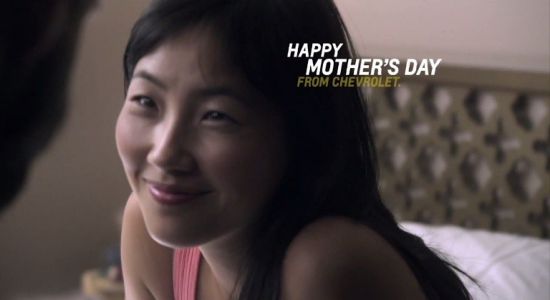 Here at McCluskey Chevrolet, we have a great selection of new and used cars in Cincinnati. Whether you are looking for a brand new Chevy Silverado, or a previously-owned Chevy Sonic – we have it waiting for you in our showroom right here in the Queen City! Don’t waste your day driving from dealership to dealership, only to leave each one more disappointed than the last. McCluskey Chevrolet is a dealership that gets it right the first time – and we strive to make every one of our customers feel like family, because that is what we think of our customers. Here at McCluskey, we sell Chevy vehicles, and we couldn’t be more proud of the automotive brand we represent. This weekend, Chevy will air a special commercial featuring the 2014 Equinox in honors of Mother’s Day, and we think it’s a great tribute to all of those moms out there!

Last year, Chevrolet and MOFILM announced a film program and competition for a commercial featuring Chevy vehicles. The winner from the thirteen finalists is a heart-warming ad featuring the 2014 Chevrolet Equinox, and was created by Jake Viramontez of Los Angeles. “The Extra Mile” is Viramontez’s first ever commercial, and was filmed in one thirteen hour day. It was inspired by a morning his sister described as being “perfect” while caring for her eighteen-month old daughter – and he made the decision to cast his family in the commercial as themselves. The result is a great commercial that celebrates and honors mothers, and the special things they do in everyday life.

Chevrolet is airing the thirty-second long commercial this weekend, as a tribute to moms on Mother’s Day. Prior to his success with “The Extra Mile,” Viramontez focused on documentaries and was a recent graduate of the Art Center College of Design in Pasadena California. Check out his commercial for yourself this weekend, and let us know what you think!