The Corvette Convertible Kicks Off With Limited Premiere Edition 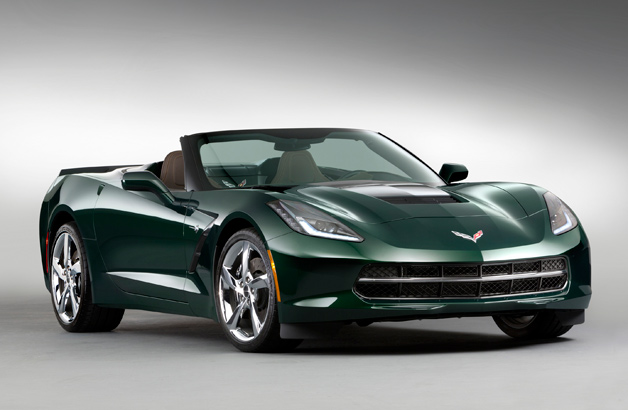 We love when Chevy does this! Just like it did with the coupe, Chevy has announced that it will be offering the Corvette Stingray Convertible as an exclusive Premiere Edition for those few lucky customers. There will be just 550 units produced in total, that will come in that cool Lime Rock Green with a tan top. They will be fitted with all the goodies from the base 3LT Z51 Convertible and then some. Thank god we offer cheap, convenient oil changes; after hauling out the dough for one of these, they’ll come in handy! Let’s take a closer look at what these convertibles have going on.

All of the convertibles will add dealer-option five-spoke wheels with Stingray-logo center caps. The interior will have added suede upholstery, carbon-fiber trim and special sill plates. If that isn’t enough to get you in a tizzy, the Premiere Edition roadster also comes standard with optional extras such as the performance exhaust and Magnetic Selective Ride Control fitted as standard. The whole package is finished off with a $920 five-piece fitted luggage set from Thule. They had us at the exterior, so all of this is just really, really top notch icing on the cake.

So, this limited-edition convertible will go on sale early next year. Any ideas what Chevy will be asking? Even with all these options and the exclusivity of it, they will only be asking $77,450 for it. That’s only about $10,000 above the stock 3LT Z51 convertible, and just about $4,000 premium over the fully-loaded model fitted with all of this car’s options. Is the 550 vehicle production exclusivity enough to warrant the four grand? We absolutely think so, and we most definitely imagine that 550 buyers will think so too. The resale value alone is enough. If you are one of them, get ready because we see them going fast!