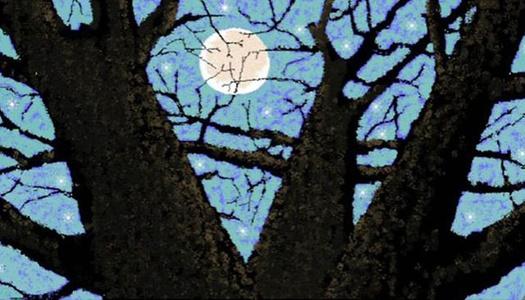 A lot of people have pet-peeves. Things that get on other people’s nerves, and drive them crazy enough to…well, go crazy. For some it can be as simple as being annoyed when someone smacks their gum, or chews with their mouth open. A popular pet-peeve is when someone tells you they can’t do something because of a minor ailment that in their mind prevents them from completing a task. I was once told by someone that they couldn’t run because they had a bruised toenail – fast forward to seeing countless people run full marathons with no legs. It seems that for some people, facing adversity means accomplishing things that no one thought was possible. Your Chevy Impala dealers were amazed when they heard the story of Hal Lasko, a legally blind 97 year-old man who paints masterpieces…in the Microsoft Paint program.

Lasko, who has a condition known as wet macular degeneration, means that he has a loss of his central vision and thus has been declared legally blind. The former graphic designer and architect was shown Microsoft Paint by his grandson in 1990, and Lasko was hooked. His passion for “painting” on the program stayed with him after he lost his vision in 2005, and decided that his disability would not stand in the way of his creative outlet. As his vision deteriorated over the years, Lasko kept up his painting on the computer program, and developed a style that allowed him to continue his artistry despite his loss of vision.

What has resulted are beautiful works of art that most people with full vision capabilities could only dream of creating. Check out the inspirational video below to see just how much a little determination can do for one man.