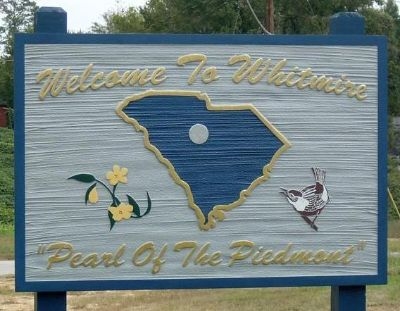 Growing up in a small town can mean a lot of things, both good and bad. While some people love that everyone knows one another, others might think it invasive that everyone in town seems to know your personal business. In small towns, the same family may live in the same house for generations, passing on the house from one person to the next. Along with that, people become accustomed to their address. In a small town, the street you live on and the numbers that go in front of it, can be quite meaningful – especially when that house has been in your family name for years. Whether it’s a small town outside of a large city like Cincinnati, or tucked up in a mountain in northern Colorado, the feel of a small town is always teh same.

The town of Whitmire, South Carolina is at somewhat of a crossroads. The small town of 1,141 residents is working on renaming streets and giving houses different numbers. Sharon Ammons has lived in the small community for 67 years, and has always had the same address. Just last week, the Whitmire Town Council voted to change the names of streets as a part of an improvement to the 911 addressing system. Starting October 16th, street names throughout the town will be officially changed. The main reason behind the change is so that EMTs coming from the neighboring town of Newberry can get around town more efficiently. There are currently four separate streets called ‘Railroad Avenue,’ but none of them connect to each other, causing confusion for outsiders.

Local residents are upset with the coming change, and many are opposing it. The opposition, however, is unlikely to change the vote already made in the Town Council meeting.