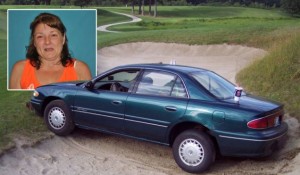 In this day and age, there aren’t a lot of people who know what the word cartography means, never mind what a cartographer does. All the mystery has been taking out of maps. Why would anyone need to know how to navigate using an old paper chart when they can get turn by turn directions on pretty much any phone? Paper maps are old fashioned and cumbersome, difficult for most people to read and impossible for any human to refold. Are we beginning to rely too much on the ease of digitally assisted navigation though? Let us here at your Ohio Chevrolet Used Car Dealer tell you a story that says yes, yes we are.

Patricia Maione, a 47-year-old woman from Uxbridge Massachusetts, was following her GPS as per usual. She began to think things were a little strange when the device told her to turn into a cornfield, but she trusted it. After passing through the entire cornfield, she emerged onto the Whitinsville Golf Club. At this point she knew something was amiss, but she continued to follow her GPS until her car plunged into a sand trap.

She managed to get out of her car unharmed but authorities were called immediately. She told the police about her technological woes, but after a cursory examination, they decided the GPS was fine, and Patricia was drunk.

Mr. Maione is currently being held on $10,000 bail after pleading not guilty. If she is convicted, it will be her forth drunk driving offense.

0 comment(s) so far on Woman Follows GPS Onto Golf Course!