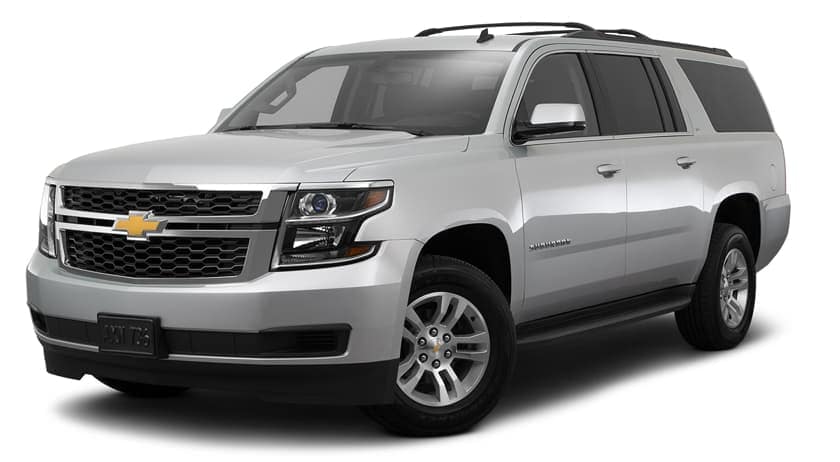 Chevrolet is typically known for its pickup trucks. Namely, the Silverado, one of the oldest vehicles in the Chevy lineup. What’s another vehicle that has an old name and a fresh face? The 2017 Chevy Suburban in Cincinnati, OH. It’s one of the bow-tied brands oldest models, and is right up there in fame and recognition with the Silverado. Given that it just got updated again for the 2017 year, it’s safe to say the Suburban is still doing quite well for itself in the SUV segment. Thanks to a body-on-frame design, you can expect a safe, stable, utility-oriented and practical ride. Like most other large SUVs out there, you’ll also be experiencing plenty of interior cargo and passenger space due to the size of it. Finally, performance isn’t something to sniff at when it comes to these larger SUVs. Sure, they might not be as work-oriented as a pickup truck, but the engines can still hold their own when it comes to towing and general performance.

Making the 2017 Chevy Suburban the perfect vehicle if you’re looking for a blend between practicality, utility, and family-friendly space.

It’s an age-old equation: big vehicle, big engine. For those who like big engines, the 2017 Chevy Suburban won’t disappoint.

Under the hood, you’ll find a massive 5.3-liter V8 engine eagerly awaiting for you to step on that gas pedal and unleash its 355 horsepower and 383 lb.-ft. of torque on the tires. It doesn’t matter how much the Suburban weighs; with an engine that big under the hood, it will move if you step on the gas. Don’t believe me? Well, consider that it can do a 0-60 mph sprint in 7.2 seconds. Even without comparing it to other vehicles, you can tell that’s fast for a vehicle that weighs close to 7,500 pounds when fully equipped.

This engine is paired to a six-speed automatic transmission. Standard, you’ll find rear-wheel-drive on the Suburban. Along with a locking rear differential for hazardous weather or rugged trails at a construction site. Four-wheel-drive is optional, but should only be chosen if that rear locker won’t be enough. For the consumer who’s using the Suburban as a daily driver, it should be more than enough.

The towing capacity of a properly equipped large SUV is no joke, even if it is the family-friendly version of a truck. The Suburban proves that yet again, with an 8,300 pound-towing capacity when the two-speed transfer case on the Max Trailering package is tagged on.

For those looking for a more off-road oriented ride, the Z71 Off-Road package also comes with the two-speed transfer case.

A traditionally large body-on-frame construction for the Suburban also means it has an exceptional amount of cargo and passenger space. While it has plenty of luxury-oriented features like 12-way power-adjustable heated seats, leather upholstery, tri-zone automatic climate control, a rear-seat DVD system and much more, it’s still an SUV at heart. During the design phase, utility and practicality will always come first and that's one reason why the Suburban has a notable amount of total interior volume.

It’s a seven-passenger ride, even with two bucket seats in the second row, offering more than enough room to carry the entire family. Furthermore, there is 39.3 cu. ft. of storage space behind the third row alone. Couple that with storage spaces in the door (big enough to fit an umbrella) and a center console that’s big enough for a full-size lap top, and you have a vehicle that can carry the whole family and even a few friends at the same time.

If you absolutely need more storage space, then you can simply take out the second-row seating, and fold the third row seating down. Doing so opens up a massive 121.7 cu. ft. of total storage space for cargo.

It’s important to understand that there are a few downsides when it comes to driving a traditionally designed SUV. First, it’s big, which means lower fuel economy when compared to a family-sedan. But, that shouldn’t be a surprise. Secondly, you’ll have to get used to driving a bigger vehicle. Fine for some, but might be considered cumbersome in a city environment. If you can get by the lowered fuel economy and learn how to do three point turns in a parking lot, then you’re rewarded with one of the best vehicle constructions in the market: a body-on-frame design.

This, the body-on-frame design, is the original method of building automobiles, and is the process of mounting a separate body to a rigid frame. This makes the overall vehicle extremely tough, especially in off-road conditions. Not to mention, it’s much more stable than a unibody construction, or some of the other crossover SUVs out there that are built on a car-based platform.

A design like this is what you’re looking for when it comes to trucks and SUVs. Simply because it allows them to tow more (and better), handle rough roads more easily, and give you a safe and secure ride quality.

Towing is only one of the tasks the Suburban is able to do effectively. Thanks to a body that’s nearly 17 ft. long, it has no issue carrying a lot of cargo or passengers. Furthermore, four-wheel drive is also present on most body-on-frame vehicles. The Suburban is not an exception to that rule by any means - you can pretty go wherever you please in this vehicle, and bring plenty of pals along for the ride.

It’s not just the engineering of the 2017 Suburban that’s considered traditional; it’s also the way it looks. In a world where SUVs have slowly been switched over to car-based crossovers, the Suburban remains steadfast in its looks and traditions. It’s rugged and rectangular, just like the previous generations. Not to mention, it still has the same aggressive stance that’s typical of SUVs of old.

In other words, everything about the Suburban is traditional. It just has a modern twist thrown on it. For true SUV and truck lovers, you know that’s a good thing because there’s no better feeling that stepping-up into a big and beefy vehicle.

Why McCluskey Chevrolet? In Cincinnati, OH, there simply is no better dealership. That’s not a sales pitch. Just check out our more than 800 reviews and counting. Along with high-quality new and used cars, we also offer plenty of other great benefits for our customers, like instant credit approval, the world’s best oil change, service until midnight, the Tri-State’s only Exclusive Lifetime Mechanical Protection, guaranteed credit approval, $500 best price guarantee, Cincinnati’s best full line body shop, and our Nationwide Car Search, granting us access to more than 100,000 new and used vehicles. We can find the car that’s right for you even if we don’t have it on our lot.

There’s plenty of other reasons why McCluskey Chevrolet is your one-stop shop for great cars and great prices. These only just broke the ice about what we’re all about.